Does feedback help people do better or is it toxic?

Performance reviews - most managers and employees hate them, sometimes confrontational and open to abuse 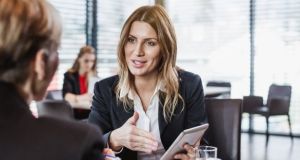 For some time now, there’s been a growing sense among more enlightened organisations that candid criticism, gruelling 360 reviews and annual performance audits are not the way to go if you want a happy, engaged and motivated workforce.

Everyone wants feedback these days. You can’t buy something online or walk through an airport but somebody somewhere wants you to tick a box or press a button to “tell us how we did”. It’s the same at work. Managers are encouraged or even required to subject their teams to a constant barrage of appraisal.

“Managers today are bombarded with calls to give feedback – constantly, directly and critically. But it turns out that telling people what we think of their performance and how they can do better is not the best way to help them excel, and can, in fact, hinder development,” Marcus Buckingham and Ashley Goodall, authors of The Feedback Fallacy, say. Buckingham is head of people and performance research at the ADP Research Institute while Goodall is the senior vice president of leadership and team intelligence at Cisco Systems.

Writing in the Harvard Business Review, they add that “research shows that, first, we aren’t the reliable raters of others people’s performance we think we are; second, criticism inhibits the brain’s ability to learn, and; third, excellence is idiosyncratic, can’t be defined in advance, and isn’t the opposite of failure. Managers can’t “correct” a person’s way to excellence.”

For some time now, there’s been a growing sense among more enlightened organisations that candid criticism, gruelling 360 reviews and annual performance audits are not the way to go if you want a happy, engaged and motivated workforce. In many cases this is because performance reviews have become a discredited ritual. Most managers hate doing them, most employees hate having them and they’re uncomfortable, sometimes confrontational and open to abuse.

They are also part of an historic work culture that doesn’t sit well with younger millennials and Generation Z employees, who are looking for opportunities for personal development, a mentor rather than a boss, an ongoing conversation not an annual review and managers who leverage their strengths instead of focusing on their weaknesses.

This constant search for better ways to give and receive feedback assumes that feedback is always useful. Not so, say Buckingham and Goodall, who argue that if the purpose of feedback is to help people do better then there is no one size fits all.  How you help someone to “thrive and excel” is highly individual and may see the discussion take off in many different directions.

The authors are not suggesting that there’s room for interpretation on all aspects of the feedback process, however. For example, if someone is lacking specific factual knowledge, that’s pretty black and white. But the picture is less clear when the feedback moves into the realms of leadership, strategy and performance. Then, the authors say, the prevailing conviction that “feedback is an unalloyed good” is based on three theories that the corporate world universally and persistently assumes are true but research proves are not.

The first is that other people are supposedly more aware of your weaknesses than you are and are duty bound to tell you and fix them.

The second is that, if you lack certain abilities, your colleagues should teach them to you.

And the third is the belief that great performance is universal and therefore transferable between people.

“Research reveals that none of these theories is true,” the authors say. “The more we depend on them, and the more technology we base on them, the less learning and productivity we will get from others.”

Buckingham and Goodall don’t just talk theory. They also offer practical tips on better ways to help colleagues to excel. One example is ditching the catch-all “good job” comment and replacing it with something that goes a bit deeper: “Here are three things that really worked for me. What was going through your mind as you did them.”

They also suggest that, instead of chewing someone out for not responding, it would be more productive to explain that not hearing back creates an anxiety that the team is not ad idem. “Managers need to help their team members see what’s working, stopping them with a “Yes! That!” and sharing their experience of what the person did well,” the authors say.

“The arguments for radical candour and unvarnished and pervasive transparency have a swagger to them, almost as if to imply that only the finest and bravest of us can face these truths with nerveless self-assurance ... and that as leaders our ability to look our colleagues squarely in the eye and lay out their faults without blinking is a measure of our integrity,” they add.

“But at best, this fetish with feedback is good only for correcting mistakes – in the rare cases where the right steps are known and can be evaluated objectively. And at worse, it’s toxic because what we want ... is that people contribute their own unique and growing talents to a common good, when that good is ever-evolving, when we are, for all the right reasons, making it up as we go along. Feedback has nothing to offer to that.”

Marcus Buckingham and Ashley Goodall are the co-authors of the soon-to-be-published Nine Lies About Work: A Freethinking Leaders’s Guide to the Real World.