Meet the Irish woman fighting to make the internet safer 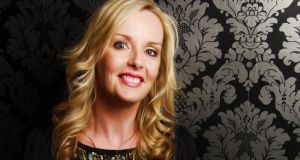 Rachel O’Connell: ‘My early days were spent looking at videos with disturbing content to track the behavioural patterns of paedophiles’

Rachel O’Connell is a distinguished authority on electronic identification and age verification, but her career could have taken a different turn. After finishing school in Cork city, she aspired to become a marine biologist and worked at a medical lab in a regional technology college.

But a cycling accident on the way to college led her to spend time in intensive care in Cork regional hospital. “I was very lucky to come out in one piece. But my time in hospital made me rethink my career path, and I decided to become a nurse.”

And that’s what she did, but O’Connell was still missing “a chunk of her past”, due to amnesia related to her fall. “I had a moment of realisation during a shift, when the smell of a cup of chamomile ignited my long-term memory and filled the missing piece of my life,” she recalls.

“It was a very difficult subject and my early days were spent looking at videos with disturbing content to track the behavioural patterns of paedophiles.” It was the beginning of the dark web, and O’Connell surmised that paedophiles needed to be tracked online. Her research findings informed the drafting for the child pornography Act, 1998.

In 1999 O’Connell moved to the University of Central Lancashire in Preston, where she set up the Cyberspace Research Unit and secured funding from the European Commission to establish and operate the first UK Internet Safety Centre (2000-2006), which was also based at the unit.

“We studied grooming videos in forensic detail, as you would any other crime scene, examining any tiny bit of evidence that could give us information about the paedophiles’ whereabouts,” she says.

A grooming database she helped set up was the first to be used by law enforcement and advised the Council of Europe’s specialist media and communications policy group.

In 2005 O’Connell finished her PhD in Preston and delivered a number of new modules on the undergraduate courses offered by the department of forensic and investigative science.

At the time social networks were also beginning to gain followers, and their safety for young people became a subject of interest to O’Connell. In 2006 she was on the BBC discussing internet safety alongside Michael Birch, founder of social networking site Bebo. “After we went off air, Birch asked me to come and work for him as chief security officer.”

A move from Preston to London with her young daughter followed, and O’Connell became involved in a number of regulatory activities with the company.

“It was a huge opportunity. We were breaking ground in so many ways. But I still made Michael agree that I was being hired not to defend the business, as very often policy does, but rather to commit to safety.”

O’Connell, who was in high demand, became the principal author of the Risk Awareness and Management Programme, a framework that helps organisations communicate more responsibly and safely online with regard to the wellbeing of their users. In 2012 she founded Trust Elevate, which provides consultancy services to tech companies and organisations in areas including security, technical standards, regulations and public policy.

O’Connell took a particular interest in protecting children from sensitive content without reference to age bands. “When websites with sensitive content ask you what age you are, how do we know you’re not lying?”

In 2018 she was was recruited by the British Standards Institution to write the PAS 1296 Age Checking code of Practice in 2018, which has become a global standard.

But how has her life in the UK been affected by Brexit? “To be honest, it’s terrible. I have a technology start-up and am trying to get investments off the ground. There’s huge nervousness amongst investors, because we’re pan-European. If the UK leaves the EU, what happens to the data and contracts of a citizen who is no longer in the EU?”

“The EU has developed really good legislation when it comes to managing people’s data, but if the UK fall out of that, who knows?”

In an ideal world, O’Connell would like to see a second referendum, but she fears it could be influenced by online manipulation.

“People need to be aware of how their online activity is manipulated. Hopefully internet safety will be big this year.”

As she works remotely, O’Connell can pack up and leave and go back to Ireland, “but I love London. It’s one of the world’s great cities, and so many Irish people live and work here. It’s a place of huge opportunity. The next months will be huge.

“We will have to wait and see.”