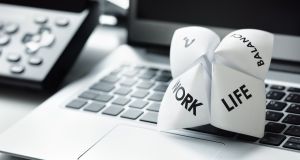 To those accustomed to the comforts of first-world living, the lives of hunter-gatherers look tough and basic. In many ways they were but in one respect, our ancestors were well ahead of us: they had their work-life balance sussed. They hunted for food and when they found it, they ate well and rested until it was time to do it all again.

In the 1930s, John Maynard Keynes predicted that by the early 21st century everyone’s basic needs would be met by a 15-hour working week. That hasn’t exactly worked out but Keynes was on to something. There is ample evidence that hunter-gatherer societies spent only about 15 hours a week focused on meeting their immediate needs. The rest of the time they relaxed and did other things.

As society has developed our demands have changed: we require more and more to satisfy our perceived immediate needs and we’re working longer hours to get it.

So, has the time come to kick our frenzied work habit? Yes, says anthropologist James Suzman, who believes that society at large could salvage something positive from the pandemic if the time is used to reflect on what has become a work addiction.

Suzman is an expert on the Khoisan peoples of southern Africa, whose hunter-gatherer lifestyles survived pretty much intact until the second half of the 20th century when they were dispossessed. In particular, he spent more than 25 years observing the Ju/’hoansi Bushmen of the Kalahari desert whose society is based on an equal and adequate sufficiency for all.

But Suzman also spent seven years at the top of a very different world in his role as global head of public affairs for the diamond company De Beers.

Like a good corporate employee, Suzman worked the long hours required and went with the flow of big business ideology. But over time the culture began to grate and the anthropologist within him struggled to get out.

He also set about probing our fundamental assumptions about work and believes that the time has come to “loosen the claw-like grasp that scarcity economics has held over our working lives and to diminish our corresponding and unsustainable preoccupation with economic growth”.

Suzman goes to the heart of the matter in Work: A History of How We Spend Our Time, recently published by Bloomsbury. It’s a chunky read with more than 400 pages but Suzman covers about 300,000 years and does not cut corners.

He points out that while work has now become the central organisational pillar of society, it wasn’t that way for most of our history. And he asks why people are working more than ever during a time of abundance.

Suzman says that despite what many assume, hunter-gatherer societies had a lot going for them. People were generally healthy and well nourished and lived long, contented lives in an environment where any surplus was evenly distributed.

What foxed them and others who shared their hunting way of life, such as the Inuit, was trying to make sense of our economic system which is predicated on perpetual scarcity, Suzman says.

“We passed the productivity and capital growth thresholds Keynes calculated would need to be met to get there some decades ago [yet] most of us still work just as hard as our grandparents and great-grandparents did, and our governments remain as fixated on economic growth and employment creation as at any point in our recent history,” he writes.

For Suzman, our relationship with work is far more complex than merely solving an economic problem.

“The work we do also defines who we are, determines our future prospects, dictates where and with whom we spend most of our time, mediates our sense of self-worth, moulds many of our values and orients our political loyalties,” he says, illustrating why it can create seismic upheaval in people’s lives when work is taken away.

Covid-19 has seen swathes of the working population displaced and left many wondering what happens next in their working lives. It’s also a tough time for those who are finishing their careers without the traditional send-off rituals or access to the replacement activities that typically take over from paid employment.

Recognising that people often struggle when they no longer have the imperative of work, Standard Life has taken the unusual step of recruiting an end-of-career guidance counsellor.

The role is part life-coach, part motivator and the aim is to help customers plan for retirement (personally rather than financially) and ease them into having 2,000 hours of “free” time a year on their hands.

The company has recently appointed the veteran career guidance counsellor Brian Mooney to the job and he is passionate about opening up a dialogue about retirement and scotching the idea once and for all that life “ends” when someone retires.

“Sixty-five is just a number and, as such, it’s completely meaningless,” he says. “I have long believed in supporting those entering the second age to use their vast reservoirs of talents for the benefit of their communities while helping them to embrace a more rounded retirement.

“Excitement and fulfilment await us in retirement but it all starts with a different conversation, which we are hoping to ignite.”