Bosses act as their favourite fictional leaders, whether they realise or not 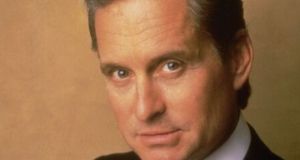 If you’ve often thought your boss was like a cross between the ruthless Cruella de Vil from 101 Dalmatians and the icy Don Draper from Mad Men, you could well be right. Bosses from popular films and TV shows have shaped modern management styles more than we might think, according to Dr Martyn Griffin of Durham University’s business school, who takes a keen interest in how managers create the persona they bring to the office every day.

“The influence of TV and film on the identity of the modern boss is undeniable,” Griffin says. “Bosses are portrayed on-screen in countless different ways that reflect the way we see them positively and negatively in our daily lives. Bosses are shaped and sometimes guided by fiction through cultural and social expectations of how they are supposed to act and not act, and be and not be in the workplace.

“It amounts to an ongoing internal battle between how bosses want to be seen – the fantasy – and how they are seen, the reality,” says Griffin, citing David Brent in The Office as an example of a deluded boss who mistakenly assumes his staff look up to him.

Griffin and fellow Durham academic, Prof Mark Learmonth, who spent 17 years as a manager in the UK’s NHS, have been looking in some depth at the factors that help shape managerial identity. Their exploration of how fictional portrayals contribute to the understanding of the modern manager was published earlier this year in the Oxford Book of Identities in Organisations.

The serious purpose of their research was to understand what kinds of implicit messages people were picking up and acting out around management and being managed. However, Griffin has also taken a more humorous look at the subject, drawing on the personalities of 100 well-known fictional managers to illustrate why we might sometimes get the impression that the boss has been bingeing on box sets.

In Fiction and the Identity of the Boss, Griffin takes a slew of characters from Lex Luther to Robocop and splits them into 10 “boss types” whose distinguishing traits range from mean (Dr Bob Kelso in Scrubs) and greedy, to predatory and psychopathic as exemplified by Wall Street’s Gordon Gekko.

The supporting cast is made up of incompetents, renegades and bosses who are burdened, heroic and even “good” although this type is thin on the ground.

Judy Dench’s M in the Bond movies, Apu Nahasapeemapetilon from The Simpsons and Ted Hastings in Line of Duty all qualify as good cops for trying to do the right thing, while the grumpy doctor Gregory House in the eponymous series is heroic and Reginald Perrin and Citizen Kane are example of bosses burdened by their role.

In Griffin’s view, burdened bosses have a particularly tough time of it as there’s an assumption (usually false) that because they have the freedom to make their own decisions, this autonomy makes them happy. “The portrayal of the burdened boss in TV and film is rich and complex and provides a fascinating insight in to the paradoxical and conflicted nature of managerial identity,” he says.

Griffin’s hit list took him seven months and many happy hours to compile, he tells The Irish Times.

What’s sobering about it, however, is that there is so little to like about most of the bosses portrayed, even allowing for fictional embellishment. And what’s even more worrying is that today’s easy access to repeats and streaming services is contributing to questionable screen actions becoming embedded.

Griffin points out that reality TV programmes, such as Ramsay’s Kitchen Nightmares, have somehow made it OK to shout, to be highly confrontational and to use bad language in the workplace.

Once weekly trips to the cinema have been replaced by binge viewing with people allowing these undesirable behaviours to wash over them, over and over again. “It becomes normality. People expect to be treated like this as employees and to behave like it when they become bosses themselves,” he says.

Griffin says that much of what’s considered normal management behaviour has been gleaned from watching decades of the Western view of management as portrayed on our screens. The depictions of management types are consistent since the 1940s and 1950s – what changes with the times is one trait becoming more dominant. Since the financial crash of 2007, for example, management greed and C-suite corruption have moved right up the popular film and TV agenda.

Griffin’s light-hearted approach to analysing the mindset of the modern boss is an amusing read, not least because it includes examples unlikely to feature in normal management texts books, including The Muppets, Mr Krabs from SpongeBob SquarePants and Willy Wonka.

These characters interest Griffin for two reasons. Firstly, they exemplify a particular management trait. But they also emphasise how even programmes targeted at very young children portray bosses or authority figures in a certain way.

“In 2018 we published a study conducted with children on Disney animation films and looked at how work and management, as reflected in these films might shape how children think about work,” Griffin says. “Humans pick up ways of acting, good and bad, from popular culture and writers and directors draw on personal experiences to represent how managers behave in their work. This in turn gets fed back to audiences in a sort of constant loop of influence between real life and fiction.”

1 Basic income for all: Has the Covid crisis given us a new economic model?
2 ‘I don’t need to do any of this. . .I don’t actually need to work.’
3 Direct sea routes to Europe offer certainty in choppy Brexit waters
4 Online shoppers face unwelcome tax surprise
5 Promontoria barred from pursuing doctor over Ulster Bank loan
6 Admission of mistake in Oxford vaccine dose raises doubts over reliability
7 Kinzen raises $2.2m as it helps clients fight ‘misinformation’
8 Only way is up for Stripe as valuation skyrockets
9 Pandemic brings a halt to Zara-owner’s Irish expansion
10 Fiona Reddan: Who’s afraid of Revolut? Not AIB and BOI it seems
Real news has value SUBSCRIBE