Pilita Clark: Time we had a TripAdvisor for investment 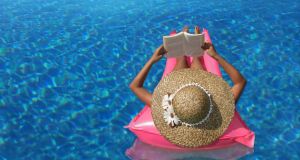 Reviews on web site Trip Advisor have helped us research the perfect holiday. Why can’t we have something similar for financial investments? Photograph: Per-Andre Hoffmann/Getty Images

When news of a Covid vaccine breakthrough came last week, I did something I had not done for months. I went online to see how much it would cost to get from London to almost anywhere else.

So far, so normal. From holidays to haircuts, we take it for granted we can compare all sorts of options and prices at a click.

Yet when it comes to the much grander sums we put towards retirement, or serious investments, the picture is depressingly different.

Take my latest pension fund statement. It says my money has gone to a blended multi-asset fund here, a blended global equity fund there, and all are doing well against some not entirely obvious market benchmarks.

For someone like me, who would like to know how climate-friendly those investments are, and how their returns measure up against rivals, it’s next to useless. If only one could compare such things as easily as, say, airline flights on Kayak or hotels on TripAdvisor.

From this week, that prospect has moved a step closer, thanks to a Swiss banker named Reto Ringger.

You almost certainly have not heard of him, nor SAM, one of the world’s first sustainable asset management firms, which he founded in Zurich in 1995. But you may have heard of the pioneering Dow Jones Sustainability Index, which he persuaded Dow Jones to launch with SAM in 1999.

Today, Ringger runs Globalance, a private bank that has just rolled out what he calls a “Google Earth for investors” – and anyone else who wants to see how green a company really is.

It’s an online site called Globalance World that lets you compare the financial performance of thousands of companies, as well as their impact on society, the environment and other areas. Analysis of companies, but not entire portfolios, will be free of charge.

When I had a preview the other week, it showed Amazon had a pleasing double-digit financial performance for the year to date, but a slightly high climate warming potential.

Its warming score was still better than that of Apple and Royal Dutch Shell. But all paled before Zoom, which had a reasonably low warming potential.

That puts the video conferencing business in a select club: Ringger says only 5 per cent of the companies on the site have a warming score near its level.

He is braced for quibbles with the data and methodology he uses, some of which was developed by the MSCI ESG Research group. Some criticism may turn out to be justified. The lack of uniform official standards for measuring climate risk muddies these waters. But the transparency he is trying to achieve is laudable and overdue. It is also in step with efforts EU regulators are making to steer money towards the greener ventures needed to meet their emissions-cutting goals. That requires more corporate transparency, says Richard Mattison, chief executive of S&P Global Trucost, an environmental data provider.

An ex-adviser on the EU’s green finance strategy, he says that until now, companies have only had to disclose what they deem to be material, though they sometimes don’t know what is material themselves.

He remembers a drinks company in Brazil that once told him water was not material for them because it cost so little – just 0.01 cents per cubic metre – that they constantly hosed down their lorries to keep the company logos shiny. But when a severe drought struck in 2014, the price jumped to $10 per cubic metre. “That made it unprofitable for them to do anything,” he told me recently.

The transparency on Ringger’s Globalance World site may be bracing. It shows that Germany’s Daimler car company, which was slower to embrace electric vehicles than some rivals, has a much higher warming score than BMW and Toyota. Does he think Daimler will be unhappy? “Yes, that’s possible,” he says. “But look, this is reality. That’s what the best available models indicate and I think we should show it to investors.”