Flights via Reykajavik start from €159, up from introductory offer of €139 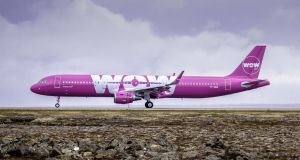 The flights, which go through Reykajavik, Iceland, are on offer for as low as €159 one way including taxes and charges – those prices are open from Thursday for travel between October 2017 and March 2018. Previously, the airline had offered the flights for €139 as an introductory offer.

The airline will fly to Chicago O’Hare up to six times a week during the peak summer schedule while during the rest of the year it’s expected the flights will operate four times a week.

Chicago is the tenth US destination to be connected to Ireland via Iceland since WOW Air began flying from Dublin in June 2015.