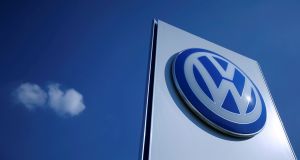 A former Audi AG manager is being charged with fraud by the US justice department for his alleged role in helping Volkswagen AG cheat emissions standards, a person familiar with the matter said.

Giovanni Pamio is facing charges of conspiracy, fraud and violating the Clean Air Act in a criminal complaint filed in Detroit. Mr Pamio is the eighth person charged in the US case, which has cost Volkswagen more than $24 billion in government penalties and owner restitution.

He was based in Germany for Audi, which is a division of VW. Audi spokesman Toni Melfi declined to comment.

Audi, which is the main profit generator at the larger carmaker, has suffered setbacks in its efforts to emerge from the emissions-cheating scandal. German prosecutors raided the company in March in connection with consumer-fraud investigations related to the case.

VW admitted in September 2015 that about 11 million diesel cars worldwide were outfitted with so-called defeat devices, embedded algorithms used to game emissions tests. An agreement with regulators requires VW to compensate owners of 3-litre diesel engine vehicles, fix about 58,000 cars and buy back as many as 20,000 Touareg and Audi Q7 sport-utility vehicles.

Mr Pamio, who was identified in a lawsuit as head of Audi’s V6 diesel engine development for the US, left the company earlier this year. – (Bloomberg)