10% of cars assisted by Allianz last year had expired NCTs 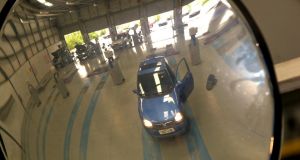 NCT figures also show that car tires were the primary cause of the 51.6 per cent test failures

More than one in ten broken down cars assisted by Allianz last year were being driven with expired NCT certificates.

New figures show that of the 7,042 cars which received breakdown assistance from the insurance company in 2016, 97 per cent (6,793) of these had not fully completed an NCT test.

Over one in ten (832) of the broken down cars assisted by Allianz were being driven with expired NCT certificates and 5 per cent of the vehicles had no valid certificate at all.

In terms of which models suffered most breakdowns, Ford was the worst at 14 per cent (999), followed by Toyota and Volkswagen at 10 per cent (733) each, while Toyotas and Volkswagens followed closely behind (716).

Prior to 2016, front suspension had ranked as the top reason for NCT failures between 2010 and 2015. The reason for this failure is a more than 30 per cent imbalance between left hand and right hand suspension.

“Defective motor vehicles have a higher risk of breaking down and being involved in accidents,” he said. “Car owners of vehicles over three years old, driving without a valid NCT are breaking the law.

“Driving without a valid NCT also increases the risk of receiving penalty points, which has the potential to adversely impact insurance premiums.”