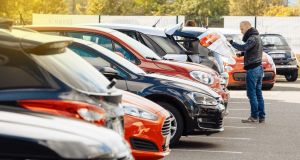 The average cost of running a family car for a year has fallen due to a drop in motor insurance premiums.

The average cost of running a family car for a year has fallen due to a drop in motor insurance premiums.

Despite an increase in the price of fuel, the drop in motor insurance premiums by 10.3 per cent in the year to June 2017 has pulled down the annual cost of motoring.

That bucks a trend in recent years when rapidly rising motor insurance premiums have been a factor in rising motoring costs.

However, the AA noted that many motorists will not have seen a saving yet.

“Motorists renew their motor insurance once per year so depending on when you pay, you may not have seen any fall off in the cost yet,” said Conor Faughnan, AA’s director of consumer affairs.

“Rising motor insurance premiums have been the main issue faced by motorists for over two years now. While it appears some progress is being made in this space, in order for the trend to continue into the future and for motorists to ultimately start seeing their premiums drop it’s important that government continues to give this issue the attention it deserves,” Mr Faughnan added.

The AA pointed out there are measures you can take to lower costs.

“If you have a spouse or partner then adding them to your insurance policy, as long as they have a clean driver record, can net you a discount of up to 20 per cent and, separately, it’s always worth shopping around.”

While oil costs have moved up and down in the past 12 months, the AA’s fuel comparison shows only a slight change as the price of oil is now marginally higher than it was 12 months ago. Other costs, such as tyres and servicing, did not change significantly.

The AA calculates the annual cost of motoring each year using measures including fuel, insurance, and servicing in addition to a range of other factors such as depreciation and component replacement charges. The figures assume a motorist buys a new car and keeps it for eight years at an average annual mileage of 16,000km. Therefore these figures don’t take account of finance on cars or servicing costs which would ultimately push the cost up.

1 In this strangest of recessions, what happens next for Ireland?
2 Bank of Ireland sees about 2,000 staff apply for voluntary redundancy
3 Michael O’Leary is the boss you want to lead an airline out of crisis
4 Estée Lauder staff at Dublin airport plan further strike action
5 Should I switch bank now with Ulster Bank at risk of closing?
6 Fortnite owner signs multimillion deal to buy Irish ‘kidtech’ firm
7 Best Covid-19 ‘influencers’ will avoid hectoring
8 Will brother’s widow get half of our parents’ estate when they die?
9 Ireland is in danger of losing the woods for the trees on emissions reduction
10 Minister seeks AG’s advice on banker accountability laws
Real news has value SUBSCRIBE