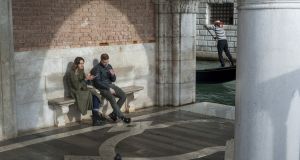 Tourists are shunning Venice after a series of exceptionally high tides last month, with a sharp decline in hotel bookings bringing fresh economic woe to the lagoon city.

Beloved around the world for its canals, historic architecture and art, Venice suffered its worst week of flooding in mid-November since records began in 1872, recording four tides above 140cm (4.59ft) in just seven days.

Though the waters swiftly subsided, images of a submerged city stuck in the public consciousness and hoteliers reported an initial 45 per cent cancellation rate followed by a dearth of new bookings.

“Usually, in this period we are sold out for New Year’s Eve and we start getting bookings for Carnival [in February], but everything is flat at the moment,” said Claudio Scarpa, head of the Venetian hoteliers association.

Venice attracts more than 25 million visitors each year, with the tourism industry raking in some €3bn annually for the plethora of hotels and shops.

“It has been a real disaster,” said Cristina Giussani, the head of shopkeepers’ association Confesercenti.

“Almost 95 per cent of shops suffered some sort of damage [from the tides] but we worked hard and in less than a week everything was clear and working.”

She said if people wanted to help Venice bounce back, they should come to the city to do their Christmas shopping.

Mayor Luigi Brugnaro has estimated that the November flooding caused damage worth around €1bn.

However, Antonello De’ Medici, head of the local tourist body Federturismo Veneto, said outsiders did not realise that the tide waters receded quickly, meaning that much of the city was operational within 24 hours of the flooding.

“Venice is a resilient city, able to recover like few others in the world,” he said. – Reuters