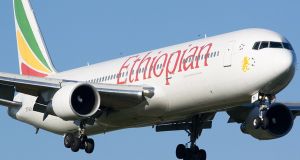 In the annual Airhelp report on global airline and airports, Dublin is the highest-ranked airport in the UK and Ireland with a score of 21/141. Aer Lingus and Cityjet ranked highly at 18/72 and 27/72. Ryanair ranked as the poorest performing with 67/72. Qatar Airways was ranked as the top airline for on-time performance, customer satisfaction and claims processing. Airhelp assists passengers making claims against airlines.

United Airlines has opened a new Polaris lounge at Newark airport. Designed by Richard Clarkson Studios of New York the lounge can seat up to 455 people. There will be shower facilities, day beds, a buffet, a private dining room for meetings and a cocktail bar. United Polaris lounge at Newark Liberty International Airport is located in Terminal C, following security screening, between Gates C102 and C120.

Colin Brown has been appointed as the general manager of the five-star Glenlo Abbey Hotel in Galway. A graduate of Shannon Hotel School, Mr Brown has most recently worked in the Lodge at Ashford Castle and the Dylan in Dublin.