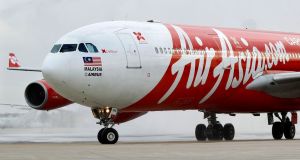 You may think that Ryanair would lead the world as the lowest-cost carrier, but that’s not so. The cheapest airline is, in fact, Air Asia with a rate of $0.07 per kilometre travelled.

The data was analysed by taking into account the economy-class air fares displayed by Rome2rio during the first two months of this year, totalling some 1.5 million price points. According to the resulting report, published this month, four out of the top five cheapest airlines are in Asia.

Wow Air had recently announced a route to connect Delhi with Europe and US cities through its hub in Reykjavik in Iceland from December 7th onwards, with the base price starting at Rs13,499 (€172). None of the airlines from the UK or US found a place among the top 10 affordable airlines in the report.

In Dublin, occupancy growth was marginal, up 0.8 per cent, but nevertheless the city maintains one of the highest occupancy levels among key European cities at 83 per cent. ADR growth has been the main driver of performance in Dublin, up 6.9 per cent to €136.80.

The biggest challenge facing the Irish hotel market in the short term is Brexit uncertainty. UK tourism demand may weaken further as the British consumer faces higher inflation and economic uncertainty in 2018.

With airports getting busier as summer arrives, it is worth considering an airport lounge for a bit of peace and quiet while travelling. Most lounges charge about €20 for two hours. Though if you are a member of a frequent-flyer programme there is no charge for lounge usage.

Imagine leaving a $282 million aircraft waiting around while a union negotiates. Such is Air France’s plight: its newest Boeing 787-9 is sitting around Charles de Gaulle airport in Paris waiting for unions to complete negotiations.

At last a new service to Vienna from Laudamotion Airline. The service will begin in September from Dublin to the Austrian capital. It is bound to be popular with both business and leisure customers and is expected to continue all year round.