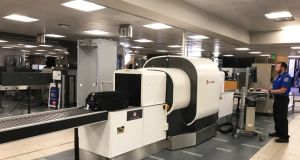 American Airlines and the Transport Security Administration are testing a new type of scanner at Phoenix Airport.

New security scanners in the US

American Airlines and the Transport Security Administration (TSA) are testing a new type of scanner at Phoenix Airport. Using Computed Technology the TSA agents will be able to scan carry-on luggage from a number of angles in 3D. The new scanners will help speed up security lines and in the long run allow laptops and liquids to stay in bags and discover illegal items. Last week the TSA reported that 75 firearms, 60 of which were loaded, were found in US airports.

Objections to the imposition of Global Distribution System (GDS) charges by Lufthansa, British Airways and Iberia are being brought to the EU by a coalition of trade bodies and consumer groups. Signatories to the letter include European travel agents association ECTAA, European Passengers’ Federation and the UK Guild of Travel Management. Lufthansa imposed a €16 fee on travel agents that use the GDS to make bookings last September. IAG announced plans for a €8 GDS fee from November by British Airways and Iberia.

Four new routes to the UK

Looks like Brexit will not affect traffic to the UK. This week four new routes were announced to the UK. Waterford Airport resumes flights to UK cities from July 24th; they are Luton, Manchester and Birmingham. Flights will be operated by Aersoutheast. com. Southend Airport comes back on the radar with a new service beginning at the end of October by Stobart Air under the Flybe brand. Southend has a good rail service to Liverpool Street in London.

While away your time at the only airport distillery in Portland Oregon. Priority Pass, the worldwide airport lounge network, has added some interesting venues to their service recently. House of Spirits Distillery also gives Priority Pass member $28 off their bill. You can also get an hour’s accommodation in the Minute Suites in Dallas and Philadelphia. Priority Pass costs from €99-€399 per year and you can use the DAA lounges at Dublin Airport.