Pilot grounded by easyJet after telling friends he was suicidal 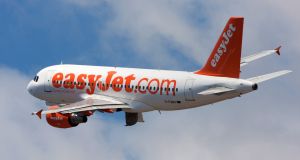 Pilot was stood down by easyJet after it was alerted to messages he sent to a WhatsApp group.

An easyJet pilot has been grounded after reportedly telling friends he was suicidal.

He was stood down by the airline after it was alerted to messages he sent to a WhatsApp group stating he was “probably going to kill myself”.

He has since told bosses he is not suicidal, according to reports.

Concerns about the mental health of flight crew have been raised since a Germanwings airliner was deliberately flown into a mountain by co-pilot Andreas Lubitz in March 2015, killing all 150 people on board.

An easyJet spokeswoman said: “We can confirm that the pilot was stood down from flying several days ago, in line with our procedures, while we investigate. We have offered support in the meantime.

“The safety and well-being of our passengers and crew is the airline’s highest priority.”

She added: “We offer support through an employee assistance programme, pilot peer support programme and we have a full occupational health provision across our UK and European network.

“We always take steps to ensure that easyJet’s pilots are fully fit to operate.

“All pilots are licensed under aviation regulators and as part of this are subject to extensive regular medical assessments which include mental health assessments.” – PA