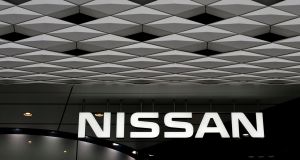 Nissan, which was involved in a vehicle-inspection crisis last year, said an internal check by the company found employees had falsified exhaust emission and fuel-economy data at five local factories.

The way the tests were conducted deviated from prescribed norms, the carmaker said in a statement on Monday, adding it also found employees filed inspection reports based on altered measurements. This data manipulation happened to the sampling test, part of the final car inspection process, the company said.

Its findings were communicated to Japan’s ministry of land, infrastructure, transport and tourism. Nissan confirmed that all vehicles conformed to Japanese safety standards.

Nissan’s revelation, following an inspection debacle that led to the recall of about 1.2 million vehicles last year, is the latest in a string of compliance scandals at at carmakers, including Mitsubishi and Subaru, that has dented the reputation of Japan’s manufacturing sector.

Vehicle emissions rose to prominence globally after Volkswagen was caught fitting devices on its diesel vehicles that helped it cheat emission standards.

Nissan dropped 4.6 per cent in Tokyo, the largest decline since November 2016, after the company announced a press conference. The stock has lost 11 per cent of its value this year.

In November, Nissan chief executive Hiroto Saikawa said he and other officials at the carmaker would take a voluntary pay cut after the car inspection crisis led to a vehicle recall in Japan and a reduction in its profit forecast. Nissan halted vehicle registrations in Japan after its inspection process was deemed faulty by the government.

Workers not authorised to certify vehicles approved the final inspection at the very end of assembly lines and that process may have dated back to 1979 at its Tochigi plant, according to a report last year from Nissan and a third-party law firm it assigned to investigate.

Last year, Kobe Steel said it sold products that failed quality-control tests to more than 500 companies. Subaru, which admitted to manipulating emission data records to match mileage submitted to the government, was also embroiled in a similar controversy as Nissan’s. Yasuyuki Yoshinaga stepped down as Subaru chief executive earlier this year.

Nissan bailed out Mitsubishi Motors in 2016 after the company was caught falsifying mileage estimates for several of its vehicles. Suzuki chairman Osamu Suzuki ceded the role of chief executive after the carmaker admitted to using unapproved fuel-economy testing methods in 2016. – Bloomberg