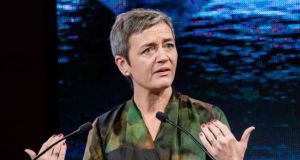 EU competition commissioner Margrethe Vestager: “We will investigate whether regional and local authorities in France granted an undue economic advantage to Ryanair over its competitors.”

The European Commission is investigating whether Ryanair received illegal state aid from regional and local authorities in France.

The news comes as the airline faces a possible strike by Irish-based pilots and potential industrial unrest on other fronts.

Margrethe Vestager, EU competition commissioner, said on Wednesday that Brussels is investigating whether an agreement between Ryanair and the Association for the Promotion of Touristic and Economic Flows (APFTE) that the airline promote the area around Montpellier airport amounted to illegal state aid.

EU law bans state aid to businesses where it distorts normal commercial competition and gives them an unfair advantage.

According to Ms Vestager, Ryanair received substantial payments from APFTE for promoting Montpellier as a tourist destination on its website.

The association is an independent organisation, not connected to Montpellier airport, that is almost entirely funded by regional and local public bodies. The commission said that it had therefore concluded “on a preliminary basis” that the French state paid for APFTE’s deal with Ryanair.

“We will investigate whether regional and local authorities in France granted an undue economic advantage to Ryanair over its competitors, potentially harming other European airlines and having spill-over effects to other European regions,” Ms Vestager said.

Montpellier airport is in the French region of Occitanie. About 1.9 million people travelled through there in 2017.

Earlier this week, directly employed members of the Irish Airline Pilots’ Association in Ryanair voted for industrial action in a dispute over seniority. They plan a one-day strike on Thursday, July 12th.