Business booming for Irish travel agency with holidays back in vogue 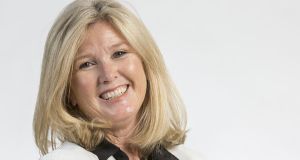 Mary McKenna, Tour America and Cruise Holidays: the only female entrepreneur in the Irish travel industry to have set up a tour operator company.

It was her family who influenced Mary McKenna to get into the travel business, with her father running Atlas Travel here for an uncle in San Francisco. She would vacuum the office and put stickers on documents when she had a spare Saturday.

At 23, she worked as duty manager for a start-up airline in the 1980s. She later joined American Holidays as its marketing manager. She formed strong relationships with suppliers and realised, when that business was sold, that it was then or never for her to set up her own business.

Ultimately, she took the entrepreneurial path and established Tour America from her sitting room, becoming the only female entrepreneur in the Irish travel industry to have set up a tour operator company.

Over the past 23 years McKenna has grown the business to reach an annual turnover of €20 million, employing 52 people with offices in Dublin, Cork and Orlando.

But McKenna has encountered her fair share of personal and business challenges. In 2001, for example, US business effectively halted overnight following 9/11. In 2004, following a serious car accident, McKenna was given a 50 per cent chance of survival. These challenges didn’t stop her, and McKenna has adapted whenever those difficulties arise.

Despite a difficult decade for the travel industry with the growth of online bookings, Tour America this year will have its most successful financial year while McKenna’s Cruise Holiday business has become the largest seller of cruises in Ireland.

Now, McKenna is helping other entrepreneurs as a mentor on the Enterprise Ireland Going for Growth programme and was recently elected onto the Dublin Chamber Council.

The travel company where I was working was being sold to a UK operator, which had no competition in Ireland at the time. They were letting go key suppliers and, as I had formed really good relationships with them over the years, I was able to negotiate excellent deals. It was the right time.

My greatest achievement to date was buying out my silent shareholder in 2016. I am extremely proud of being able to grow the business year after year, starting Cruise Holidays post 9/11, opening our office in Cork, and winning a number of awards outside our industry.

Following September 11th my business halted overnight with little to no traffic heading west. I finally noticed some cruise specials coming in, so we started Cruise Holidays turning over €6 million on this brand in that year.

Unfortunately there was no one around to offer me any advice when I started up as my dad, who was my life mentor, had passed away. However, when I was 25 someone told me to never give credit to anyone and always run your operation as a business and not a lifestyle.

I had to let 10 staff go after September 11th. I cried speaking to each of them.

My father, he died when I was 25. He taught me to believe in myself and to find what I loved. Be kind and give back.

I would like to see us expand into the North and increase our turnover to over €30 million, but also maintain our margin.