Hiroto Saikawa said he won’t resign for being at the center of turmoil over excess pay, but is ready to take responsibility for scandals involving former Nissan chair Carlos Ghosn 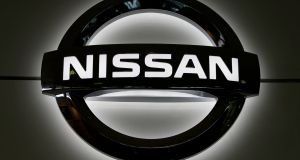 Nissan Motor Co chief executive Hiroto Saikawa said he won’t resign for being at the center of turmoil over excess compensation, but is ready to take responsibility for scandals involving former chairman Carlos Ghosn and will exit as soon as a successor is found.

Following reports last week that he and other Nissan executives were paid more than they were entitled to, Saikawa has been facing mounting pressure.

It’s the latest blow to the CEO, who has spent the period since Ghosn’s shock arrest last November trying to right the carmaker as it grapples with decade-low profits, job cuts and the destabilisation of losing a leader who loomed large over Nissan for two decades.

“I’m not responsible for that,” Saikawa, 65, told reporters late on Sunday, when asked about stock-linked bonuses that were inflated when they were paid out in 2013. “I will take responsibility for the Ghosn scandals, and want the board’s nomination committee to find a succession plan as soon as possible in order to pass the baton.”

When Nissan’s board meets Monday to discuss the excess pay issue, it will also review a plan for Saikawa’s replacement, according to people familiar with the matter.

Pressure is building for that process to be accelerated, and has the support of Renault SA, Nissan’s biggest investor and partner in the world’s largest auto alliance, some of the people said, asking not to be identified discussing a private matter.

Saikawa added that he wanted to work to make sure the alliance with Renault is secure. “While keeping Nissan’s independence, I believe I’m the leader most open to the alliance,” he said.

As senior management at the company deliberate a future without Saikawa, a number of options are being considered. They include appointing Nissan chief operating officer Yasuhiro Yamauchi as interim CEO, the people said. The board would then set a timeline for a permanent successor, they said.

A representative for Renault declined to comment on the succession issue.

Saikawa told his colleagues of his intention to resign, although the exact date is yet to be decided, the Nikkei newspaper and Kyodo News reported.

It’s an ironic turn of events for Saikawa, who went from being Ghosn’s protege to the public face of the accusations against him. Nissan’s CEO appeared before the world’s media just hours after the former chairman’s Nov. 19 arrest to denounce his behavior, describing his “indignation” and “despair” at the conduct of his former boss.

Like Saikawa now, some of the allegations against Ghosn related to pay. The former chairman is currently out on bail, due to face trial in Tokyo next year on charges he failed to disclose compensation from Nissan, passed on trading losses to the carmaker and redirected company money into his own accounts. Ghosn denies all the allegations.

The scandal is yet another setback to Nissan’s efforts to repair its image with investors, regulators and the car-buying public. Ghosn’s downfall rocked the alliance with Renault, which received another blow in June when opposition from Nissan derailed a proposed merger with Fiat Chrysler Automobiles NV. The two companies have been working toward resolving their differences, but changes at the top of Nissan could cast uncertainty over that process.

Saikawa acknowledged last week that he received more equity-linked pay than he was entitled to under company rules. He’s said that he’ll return the money, a bonus of about 47 million yen (€390,000) paid out in 2013 linked to Nissan’s share price.

Other executives, including senior vice president Hari Nada, a key whistleblower against Ghosn, are also said to have been overpaid.

“Given that this issue concerns more than 40 million yen taken inappropriately from the company, institutional investors and other entities holding Nissan stock will consider this a problem of governance,” said Koji Endo, an analyst at SBI Securities Co in Tokyo.

Saikawa’s departure, or at least a firmer timeline, could help pacify investors that have driven Nissan’s stock down more than 30 per cent since Ghosn was detained last November. The turmoil at Nissan comes as the auto industry wrestles with a once-in-a-generation shift toward electrification and autonomous driving, as well as a slowdown in car sales around the world.

How long Saikawa, a life-long Nissan employee, could stay in his role has been uncertain for some time.

While the CEO was reappointed in June with the support of Renault, which owns 43 per cent of Nissan, investor groups including Institutional Shareholder Services and Glass Lewis voted against him, citing his close connections to Ghosn.

The CEO himself said in January that the search for his replacement should be hastened to pass the leadership over to a “new generation,” but backtracked in discussions with some Nissan executives, saying he planned to stay for another three years, people familiar with the conversations said at the time.

Adding to pressure on Saikawa is the looming resignation of the senior manager in charge of the probe into excess compensation at Nissan. Christina Murray, the carmaker’s vice president in charge of audit and compliance, will leave Nissan as soon as September 10th, people familiar with her plans said last week.

The investigation into executives being overpaid via stock appreciation rights was launched in June, after former executive Greg Kelly, who faces criminal charges along with Ghosn, said in a magazine interview that Saikawa had improperly received 47 million yen in 2013. The findings of the probe are said to be presented to the board at Monday’s meeting.

Nissan is considering abolishing the payment system, which was first introduced in 2003 as an incentive for managers, the people said.