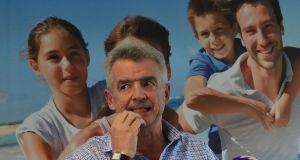 Ryanair chief executive Michael O’Leary has been getting a lot of flak lately, but it looks like what some thought were his wilder Brexit predictions are dangerously close to becoming a reality.

For much of this year, O’Leary has been warning that Brexit could force the UK out of the EU’s open skies aviation treaty, shutting down flights between our nearest neighbour and much of the rest of Europe for a period.

He based this on an argument that the EU would play hardball on aviation unless the UK agreed to follow the union’s laws, which Britain does not want to do.

The likes of Air France KLM and Lufthansa would encourage this, as it would be an opportunity to divert passengers from London Heathrow into their craft at Paris and Frankfurt.

In contrast industry figures such as Willie Walsh, chief executive of Aer Lingus parent International Airlines Group, argued that a deal would be done. Qatar Airways chief executive and Heathrow board member Akbar Al Baker was also sceptical of O’Leary’s thesis when he visited Dublin in July.

It is less colourfully put, but it sounds close enough to what O’Leary has been saying for months.

Once again, this is something that never occurred to the Brexit debate protagonists ahead of the UK’s vote to leave the EU. And it has ramifications for Ireland.

Britain is our biggest tourism market, although that has already taken a hit, and Dublin-London is Europe’s busiest air route. Even a few weeks without flights would be hugely disruptive and costly for the Irish economy.

So a large part of our aviation industry is at the mercy of negotiators in Westminster and Brussels. That leaves us in big trouble if the UK has no Plan B.