Light on the horizon for embattled Aryzta 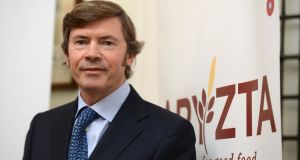 Has Aryzta finally turned a corner? The embattled Swiss-Irish baked goods has been on the backfoot for more than two years amid a series of profit warnings and negative earnings reports centred around its ailing US business.

Although the Zurich-based company reported another drop in quarterly revenue on Monday, investors latched on to a line in the accompanying statement, which indicated that like-for-like sales, excluding the company’s ailing Cloverhill plant in the US, rose for the first time in 13 quarters.

The underlying positive sent Arytza shares up by more than 4 per cent and prompted a number of upbeat assessments from analysts.

Whether this marks a turning point is hard to say as much of the company’s growth projections are weighted towards the second half of its trading year, which has only just begun.

The Cloverhill plant is a major supplier of Aryzta pastry products in the US, but it has been losing business after a decision to begin shipping directly to retailers, a move that put Aryzta in direct competition with customers, triggering the cancellation of contracts.

The company said progress was proving difficult at the Illinois-based factory, which was also found to have been using hundreds of undocumented migrant workers at its factories in a federal audit last year.

Investors appear to want the company to offload the plant rather than persist with trying to turn it around. The company hasn’t signalled its plans either way.