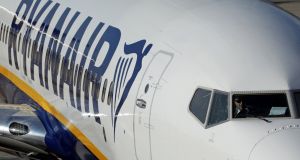 Expedia, one of the world’s largest online travel agents, has hit back at Ryanair in a US legal dispute over the reselling of flights.

Nasdaq-listed Expedia, which also owns popular sites such as Travelocity and Hotels. com, has asked a court in Seattle to throw out a claim by Ryanair that it illegally “screen scrapes” Ryanair’s website and sells on its flights at a mark-up.

Ryanair has run a crusade against alleged screen-scrapers for more than a decade. Its fight with Expedia, however, appears its most significant to date, owing to its opponent’s financial clout and the fact that Ryanair has taken the case to the US.

The airline has been in dispute with Expedia since 2016, according to correspondence between its legal team and senior executives in Seattle and London.

Ryanair accuses Expedia of using an automated bot or “spider” programme to “scrape” fares from Ryanair’s site, before selling them on to users of Expedia’s travel sites who never visit Ryanair’s site at all.

It says Expedia’s “spider” programme “mimics an actual customer” and “on occasion charges customers who purchase Ryanair tickets a fee beyond the true cost of the Ryanair flight”.

The airline claims this puts the online travel agent in breach of its terms and conditions, and it is suing the web firm in its home city, under a clause of the US’s Computer Fraud and Abuse Act (CFAA).

This month, however, Expedia asked the court to throw out the case on the basis that CFAA doesn’t allow civil suits from outside the US.

“Ryanair is a European airline. If it suffered any cognizable [sic] injury, it suffered it in Europe,” Expedia’a lawyers told the court. “It cannot recover those losses under CFAA.”

Expedia also told the US court that Ryanair is already suing it for “the same alleged conduct” in Ireland. That case is pending, it says. High Court records in Dublin show the case hasn’t progressed since last February.

Both sides in the dispute must next month submit further documentation before the judge will rule on Expedia’s motion to throw out the case. Ryanair declined to comment on Thursday night.