Dalata expects most of its deals to come from UK

Group to pay dividend from 2018 as growth continues 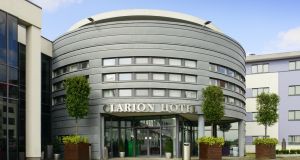 Hotel group Dalata expects the majority of deals and announcements in 2018 to come from the UK as it positions itself to grow its market share there, the company’s chief executive said.

Speaking to The Irish Times after the group, which is listed in both the UK and Ireland, announced it would begin paying dividends from 2018 onwards, chief executive Pat McCann noted “there’s a lot of things bubbling for 2018”, a lot of which is in the UK, he said.

Profit before tax at the group increased more than 75 per cent to €77.3 million while while revenue increased to €348.5 million.

With 35 hotels in the UK and Ireland, Dalata’s revenue per available room (RevPAR), a key metric in the hotel industry, grew 10.3 per cent last year, it said in its annual results for 2017.

Despite suggestions that RevPAR growth will slow this year from forecasters including STR, formerly Smith Travel Research, Mr McCann suggested there would be continued growth on a similar level this year. He said Dalata forecasted a much slower pace of new builds and new rooms coming on stream in the Dublin market than CBRE and Savills. “We reckon there’s probably about 1,000 rooms net each year,” he said, speaking about the next three years.

Dalata, which owns the Clarion, Clayton and Maldron chains, has eight hotels in the UK and Northern Ireland. Despite the Brexit threat, Mr McCann is positive about the company’s UK performance noting they’ve “outperformed in every city we’re in”.

“We’re very confident in the model but also the way and where we’re located in those cities and the type of business mix we have,” the former chief executive of the Jurys Doyle hotel group said, adding that the company had factored in no growth in the UK into its models for the next three years.

The company told investors on Tuesday it would begin paying dividends from 2018 onwards, expected to be in the range of 20-30 per cent of profit after tax. Additionally, it forecast strong earnings growth in 2017.

The company has spent €129 million on hotel acquisitions during the year, bringing its total assets to almost €1 billion. It has five new hotels and four major hotel extensions under construction, with a further four in the planning process. The group also benefited from a net property revaluation gain of €52.1 million.

Dalata is expected to start construction this year on the site of the Tara Towers Hotel, which will become a 140-bedroom Maldron hotel and 69 residential units. Mr McCann said this strategy wasn’t one the company would continue to pursue elsewhere, but noted it made sense at the Tara Towers site. He added that the company was likely to get a development partner in relation to the residential units, noting that wasn’t where Dalata’s expertise lay.

The company spent €22.2 million on capital refurbishment expenditure, with €7.6 million related to the upgrade of recently acquired hotels.

The group said trading in the first quarter of 2018 was marginally ahead of expectations, and it had a positive outlook for the year.

Goodbody analyst Gavin Kelleher wrote in a note to clients that this was a “good release from Dalata”.

“The positives include the fact the group has started the year well [marginally ahead of expectations], the commencement of a dividend payment this year, the pipeline appears on track and the solid balance sheet. Management deserves credit for delivering on its clear strategy,” he said.