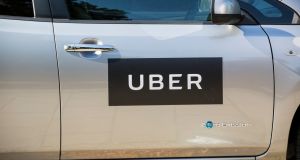 Uber is active in seven cities including Frankfurt, Berlin and Munich

The verdict is another setback for the firm after it lost its licence to carry paying passengers in London last month, with the city’s regulator claiming it had put passenger safety at risk.

In Germany, where Uber is active in seven cities including Frankfurt, Berlin and Munich, the company exclusively works with car rental companies and their licensed drivers.

The verdict is effective immediately but can be appealed. “We will assess the court’s ruling and determine next steps to ensure our services in Germany continue”, an Uber spokesperson said.

A person close to the company said that Uber will now change the way it operates in Europe’s largest economy, adding that it is also considering taking legal action against the ruling.

The plaintiff, Taxi Deutschland, said it would seek immediate provisional enforcement. It said Uber would then have to pay fines starting at €250 per ride and rising to as much as €250,000 per ride in the case of repeated offences.

The court in 2015 forbade Uber from matching up drivers using their own cars with ride hailers. Uber’s current service, which lets customers hail rides carried out in rented cars, is also illegal as it violates competition rules, the court said.

Uber advertised rides to customers in a way that led them to view it as the provider of the transport service, the court said, adding that the firm also selects specific drivers and determines prices.

“From a passenger’s point of view, Uber provides the service itself and is therefore an entrepreneur,” the presiding judge said, adding this meant Uber has to comply with laws governing passenger transport.

Separately, Uber breached the obligation that hired cars have to return to a rental firm’s main office after carrying out a ride, the court said.

Uber has had a series of run-ins with regulators, courts and drivers around the world and has been shut out of markets such as Copenhagen and Hungary.

Last week it submitted an appeal against a decision by London’s transport regulator to strip the taxi app of its right to operate in one its most important markets.

Germany’s highest court ruled in 2018 that a defunct limousine service offered by Uber was illegal.

That upheld lower-court rulings in favour of a complaint brought by a Berlin taxi business that the so-called Uber Black service had violated German laws governing car rentals.

Guinness brings out a non-alcoholic version of the black stuff 15:07
Providence issues new shares as it draws a line under Apec deal 14:13
How much will a Covid-19 vaccine cost? 13:23
Paul Coulson plans record $1.8bn Ardagh investment 12:58
Level 5: How much will this lockdown cost us? 12:29