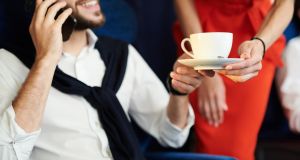 An airline is liable for harm caused by a spilled cup of hot coffee, the European Court of Justice (CJEU) said on Thursday.

In its judgment, the Luxembourg-based court said an airline’s liability for scalding caused by a cup of hot coffee that tipped over during a flight for unknown reasons does not require a hazard associated with that flight to have materialised.

The case arose after a young girl sought compensation from the now insolvent Austrian airline Niki Luftfahrt Gmbh having been scalded when, on a flight from Palma de Mallorca in Spain to Vienna in Austria, hot coffee that had been served to her father and placed on his folding tray table tipped over for unknown reasons.

The airline, established by the late Formula One champion Niki Lauda, argued it was not liable for what had happened, given that it was not an accident under the terms of the Montreal Convention which governs the liability of airlines in the event of an accident.

Austria’s supreme court asked the CJEU to clarify the concept of “accident” within the meaning of the convention, which does not define it. That followed argument from the airline that the concept of an accident requires a hazard typically associated with flying to have materialised, something that had not happened in this case. They said it could not be established whether the coffee had tipped over due to a defect in the folding tray table or due to the vibration of the aircraft.

In its judgment, the CJEU found that the concept of “accident” covers all situations on an aircraft where an object used when serving passengers causes bodily injury to a passenger, without it being necessary to examine whether those situations stem from a hazard typically associated with flying.

The court noted that an airline could be exonerated from its liability or limit its liability if it proved that the passenger had caused or contributed to the damage.

This case will now return to the Austrian supreme court for judgment. It had referred the case to the CJEU in a process known as a “reference for a preliminary ruling”. This allows courts to refer questions about the interpretation of European Union law. But the CJEU does not decide on the dispute itself.