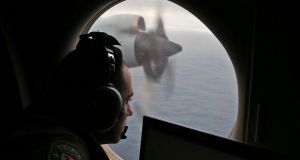 The Irish Aviation Authority (IAA) has invested €30 million in a system that could potentially save lives by pinpointing an aircraft’s location anywhere in the world when an emergency hits.

The State’s air travel safety regulator’s communications base at Ballygirreen, Co Clare, has started operating the first-ever global aircraft tracking system, which it is offering free to search-and-rescue services around the world.

Developed by Aireon, a partnership of air navigation and safety authorities, and Nasdaq-listed communications specialist, Iridium, the satellite-based system can pinpoint an aircraft’s location even in remote areas such as the north Atlantic, which radar does not cover.

Peter Kearney, IAA chief executive, confirmed yesterday that the State agency has invested €30 million in Aireon, in which it has a 5 per cent stake.

Aireon’s system went live in April. The company primarily sells its system to airlines and air navigation authorities, but offers free data to emergency and search-and-rescue services, if aircraft get into difficulty.

The IAA has sole responsibility for Aireon’s Aircraft Tracking and Emergency Response Tracking (ALERT) system, which means that the Irish authority will provide the information on a plane’s location to emergency services. Aireon and the authority launched this yesterday.

“It is a public service that is offered for free,” Mr Kearney said. Aireon’s system updates a craft’s location every eight seconds, compared to every 14 minutes with current air navigation systems.

Mr Kearney explained that Aireon’s technology radically narrows the search area in situations where craft get into trouble, and could potentially save lives.

Five years ago a Malaysian Airlines aircraft disappeared over the Indian Ocean. Remains of an Air France aircraft, which went missing in 2009 on route from Brazil to France, was only found after two years of searching the Atlantic.

Radar only covers 30 per cent of the earth. Aireon chief executive, Don Thoma, pointed out that it does not cover oceans, the poles and remote regions such as parts of Africa and Canada.

When craft are flying over these zones, their crews communicate by radio with air navigation services, updating them regularly on their locations. However, this is not as precise as the data that Aireon provides.

“We are moving from 1940s technology, which is radar, to GPS (global positioning system),” Mr Thoma said. “Modern aircraft are fitted with transponders that transmit this very precise information.”

Aireon’s satellites, provided by Iridium, its biggest shareholder, pick up this information and transmit it to the company’s clients.

Aireon has recruited 28 commercial customers, including airlines and air navigation services such as the IAA, which helps guide all aircraft travelling between Europe and north America over a large area of the Atlantic.

According to Mr Thoma, Aireon expects its operations to begin generating cash from next year and move into profit shortly afterwards.

6 How to avoid a communication breakdown