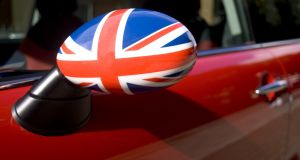 Spending on UK car imports in the first six months of the year rose by 107 per cent compared with the same period in 2018.

Spending on car imports from the UK more than doubled in the first six months of the year, as Irish motorists looked to benefit from the euro’s consistent strength against the pound, according to figures from Kerry-based financial group Fexco.

The data shows that while new car registrations slowed by 7.4 per cent in the first half of the year, spending on UK car imports in the first six months of the year rose by 107 per cent compared with the same period in 2018. Society of the Irish Motor Industry (SIMI) data shows that the total number of used cars imported during the first half of 2019 rose to 53,120 – up 2.4 per cent on the same time last year – putting Ireland on target to smash the record annual total of 100,755 used cars imported in 2018.

“While Ireland’s car dealers were the first to spot the buying opportunities offered by cheaper British imports, the savings are now attracting growing numbers of individual buyers too,” said David Lamb, head of dealing at Fexco Corporate Payments.“When you factor in the added purchasing power the strong euro gives Irish buyers looking to the UK for their next car, the case for buying British can be compelling.”

According to Mr Lamb, an increasing numbers of astute buyers – both private and professional – are also opting to lock in the current favourable exchange rate by using a forward contract.

The analysis, based on transactions made through Fexco, also found the number of UK vehicles imported by Irish drivers rose by 74 per cent on 2018 levels. This figure is not directly comparable to the SIMI data as it is based on Fexco data and is only for UK imports and only imports by individual motorists.

The Fexco data indicates that the average amount each buyer spent rose by a fifth to € 17,709. That’s € 7,708 (77 per cent) more than they spent on average in the run-up to the Brexit referendum, in the first half of 2016. So it appears that the euro’s strength against sterling is encouraging ever more Irish motorists not just to import a car directly from the UK but also to push the boat out and order higher-spec models.

Fexco’s data suggests the import boom is being driven mostly by individual motorists rather than car dealers. It found that Irish car dealers increased their spending on UK imports by a modest 30 per cent between 2018 and 2019, a jump less than a third the size of the 107 per cent surge recorded by motorists.