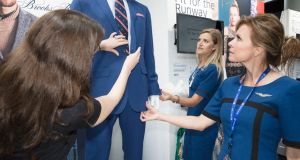 Four major aviation representative groups have written to the European Union to complain about the chaotic way new border checks have been implemented at European airports this summer.

“The number of delayed flights due to border control issues is up 97 per cent – this is totally unacceptable. The answer is for more border control officers to be deployed, and more automatic gates to be operational,” said IATA’s regional vice president for Europe, Rafael Schvartzman.

BA and the Border Force

British Airways has been complaining bitterly about delays and the UK’s Border Force “serious inefficiencies” causing long details in Heathrow’s Terminal 5. BA has made a submission to the Home Office calling for measures to reduce the queues.

BA said: “It is a constant frustration to us and our customers that after a long flight they have to stand in queues sometimes for over an hour.” The airline criticised the use of the Border Force’s e-gates at Heathrow’s Terminal 5 with BA claiming that “routinely” only a third of the 29 gates are open, and they are also shut “prematurely” at 11pm every night.

But the Home Office responded in a statement: “Border Force and British Airways have an agreement to close the Terminal 5 e-passport gates at 11pm every evening. In recent months, Border Force has kept the gates open beyond 11pm - often to accommodate passengers arriving on delayed British Airways flights.” Ouch.

Making it easy to spend money on board

Customers can connect to a seatback screen and order food, drinks, wifi and duty-free products. In future you will also be able to order in-flight entertainment on your credit card.

Where are the days when food, drinks and entertainment were a standard on all airlines? Level fly to Buenos Aires, Oakland, Punta Cana and Los Angeles from Barcelona. Aer Lingus will be looking at Level now as they are planning on unbundling the transatlantic fares. No details are available yet. Get ready to bring a picnic.

Fashion, function and comfort for United

United Airlines is having a makeover for its 70,000 staff. The airline is partnering with Brooks Brothers, fashion designer Tracy Reese and work wear company Carhartt to re-imagine the next generation of uniforms.

United will also partner with TUMI, the quality luggage designers, to provide travel and lifestyle accessories for its 24,000 cabin attendants. The project will take a number of years to complete and it will be 2020 before we see the results of the makeover.

1 Corona beer firm reeling after 8% slide due to coronavirus
2 Why Irish banks are now looking beyond vulture funds on problem loans
3 Pharma giant AbbVie warned Government against ‘unfair’ €572m tax bill
4 We have little chance of building enough homes to meet election promises
5 Coronavirus: Stocks fall again in worst week since 2008 crisis
6 Life as a Facebook moderator: ‘People are awful. This is what my job has taught me’
7 Claims of intra-family espionage emerge in billionaire Barclay family feud
8 ‘The only time apartments were viable was in . . . Ballsbridge, Killiney and Dalkey’
9 How well paid do you think you are? Here’s how to work it out
10 Coronavirus and the etiquette of working from home
Real news has value SUBSCRIBE