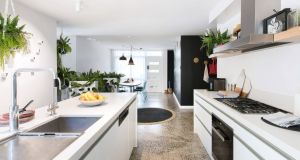 Some users may be exempt, the company said, if they had an “established record of positive reviews”.

Airbnb has begun restricting some bookings from under-25s in an effort to prevent so called “party houses” spiralling into violence.

In a pilot programme currently taking place across Canada, the accommodation rental group is preventing users under the age of 25 from booking a whole property, of any size, in their local area.

A spokesman would not say whether the company planned to extend the age restrictions to other markets – emphasising that it was a pilot and that the restriction did not prevent those under 25 from booking homes at locations further afield.

Some users may be exempt, the company said, if they had an “established record of positive reviews”.

The pilot follows a shooting at a Toronto Airbnb booking last week in which three people were killed, one apparently by suicide, according to police. In October, five people were killed at a party in an Airbnb location in Orinda, near San Francisco.

“Airbnb will continue to deploy additional security measures to further strengthen the platform in Canada and around the world,” the company said.

The group’s record on safety and trust continues to be a dark cloud over the business as it prepares for its stock market flotation, expected later this year as a direct listing. Its private valuation, according to Pitchbook, is $30 billion (€27 billion).

If it is unable to limit the number of violent incidents, Airbnb risks being exposed to proposed local laws that could hit its business, a pattern that has already happened around other issues such as the impact of Airbnb on local housing availability.

In a statement posted last month Airbnb said it would invest $150 million in additional funds into safety initiatives, including 24-hour hotlines for upset neighbours and the provision of noise detectors that can alert hosts if there is a disturbance.

The company also said it would tie staff bonuses to progress on safety. Belinda Johnson, who is stepping down as chief operating officer next month, will join Airbnb’s board and chair a new stakeholder committee that will deal with safety, among other issues.

In December, Airbnb pledged to verify all of its properties around the world – of which there are approximately 7 million – to check listings are accurate. It said it would use a mixture of algorithmic systems and guest feedback, as well as in-person or virtual walk-throughs. However, the company said on Tuesday the audit had yet to begin as details were still being finalised. – Copyright The Financial Times Limited 2020

1 Should my mam wait for house prices to drop before buying?
2 ‘I’m so lucky to be in the Caribbean – a million miles from Derry Girls’
3 Cheers: Conor McGregor's whiskey races up the sales chart
4 Joint accounts: if one of us dies, can the other access the money?
5 Two prominent business leaders in planning row with neighbour
6 ‘I have a talent for justifying purchases’
7 Chris Johns: Past is another country when it comes to our post-pandemic future
8 Citigroup warns that markets are out of step with reality
9 Battle for control of America’s mammoth utility industry set to intensify
10 US ‘hard seltzer’ drink White Claw launches in Ireland
Real news has value SUBSCRIBE