Some 5,600 customers will receive around €32,000 in redress, says consumer advocate Brendan Burgess 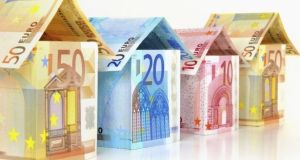 AIB acknowledged that it “fell short on our obligations to some customers”.

Nearly 6,000 AIB customers are set to receive thousands of euros in refunds and compensation following a review by the Ombudsman of tracker mortgage rates, the bank has said.

In a statement published on Friday, AIB acknowledged that it “fell short on our obligations to some customers” and laid out a number of measures to support customers affected by the tracker mortgage scandal.

In February, AIB said it was in talks with the Central Bank on “potential appropriate treatment” of the group of 5,900 customers affected by the fallout. The bank also revealed at the time that the Financial Services and Pensions Ombudsman (FSPO) had made a decision on one of the 5,900 cases, finding against the bank.

AIB confirmed on Friday that it had accepted the FSPO finding in full and would apply the finding to all other affected customers within the same cohort. Customers do not need to take any action and will receive a letter and their payments in July and August, said the statement.

The bank said it had completed a “comprehensive review of customer mortgage accounts with regard to tracker rates” in accordance with the Central Bank’s framework and would offer all affected customers compensation and refunds to those who made overpayments.

In order to “correct our failure”, AIB said it would also provide a payment towards the cost of independent professional advice for customers and offer details on the independent appeals process.

Brendan Burgess, founder of online consumer forum Askaboutmoney.com who co-ordinated a campaign around the issue, welcomed the decision in a post on his website on Saturday.

He noted that AIB had breached its contract with the customer whose case was brought to the Ombudsman and the person should have been offered a tracker mortgage.

“AIB was wrong to say what the rate would have been – their report could, at best, conclude what it should have been,” he wrote.

The Ombudsman ordered AIB to write down the balance of the customer’s mortgage by 12 per cent of the balance on the day she rolled off the fixed rate and should have been offered a tracker mortgage in 2010, according to Mr Burgess’ post.

AIB has now been ordered to pay her the interest charged on that write-off since 2010, he added.

Other impacted customers who had a mortgage balance of €200,000 when their fixed rate ended will have their mortgage rate written down by €24,000, he explained.

Mr Burgess also confirmed that the 12 per cent write down would be in addition to the €1,615 previously offered by the bank to the 5,900 affected customers.

1:56 Coronavirus: Restrictions in Kildare, Laois and Offaly recommended for fortnight by NPHET

1 MSD buys Takeda biologics plant in Dunboyne
2 State’s biggest landlord records 30% rise in rental income
3 Irish tourism must also help itself to survive the pandemic
4 Facebook agrees Irish wind-farm deal with Brookfield in Tipperary
5 ‘Saudi Arabia is where the opportunities will happen in future’
6 Prosecutors suspect Wirecard was looted before collapse
7 Trump signs executive orders banning TikTok and WeChat
8 What will the office market look like after the great remote working experiment?
9 How your country’s history affects the way you think
10 Refurbished Cafe en Seine doubled sales to €9.5m before pandemic
Real news has value SUBSCRIBE