What does it take to get banned from social media? More than you’d think 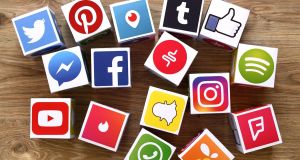 While technology can be used to pick up certain content and prevent it from even being uploaded to the site, humans play an important role. Photograph: iStock

What does it take to get banned from a social media platforms? Quite a lot, as it turns out. What one person finds acceptable is another person’s offensive material, and in between, you have the tech companies trying to walk a line between keeping their platforms a place where people actually want to come, and being accused of censorship.

And there is a lot of content to keep an eye on. More than 400 hours of content are uploaded to YouTube each minute, while Facebook has about 350 million photos a day added to its platform. It would be virtually impossible to view each piece of content before it was uploaded to the site.

That is where two important elements come in: artificial intelligence and the community of users on the site, both of which are required to weedout some of the worst content on the site. While technology can be used to pick up certain content - videos and photographs that have been previously reported and removed - and prevent it from even being uploaded to the site, humans play an important role. Users are the ones that report it, and in many cases, the content will have to be reviewed by a human moderator before a decision is made.

Instagram has recently rolled out a new comment check that will identify potentially “bullying” language and urge people to take a second look before posting. The technology will intervene, but it takes the human to make the decision about posting the comment; the system won’t prevent it.

You generally won’t get banned outright from a social media channel for most first offences - unless it is particularly heinous. Copyright infringement on YouTube, for example, breaks the company’s terms of use, so will get you a warning. If you persist, however, all your videos will be removed and your account deleted.

For most other offences that fall foul of a social media platform’s terms of use, you will get a couple of warnings, have some posts removed, or perhaps suffer a short-term suspension so you can reflect on your life choices. If you continue to repeat the same offences over and over, your account will be removed.

If you have ever reported content on social media though, you’ll know that it’s hit and miss about whether or not the platform’s moderators agree with your assessment of what should be on the platform. That’s because there are plenty of loopholes savvy users can employ to get - something can be deemed to be in the public interest for example, or be raising awareness, even if it is via the medium of an offensive image or video. It’s frustrating, some people know how to game the system.