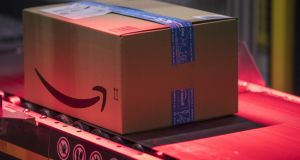 The EU has launched a formal investigation into how Amazon uses data from other merchants selling goods on its websites, saying it wants to “take a very close look” at the company’s business practices to see if they breach antitrust rules.

The step marks the latest probe into a US tech giant by the outgoing EU competition commissioner Margrethe Vestager and comes weeks after US president Donald Trump accused her of hating the US.

Brussels has been conducting a preliminary investigation into Amazon’s business practices since last year, exploring the company’s dual role as both a retailer and a host of rival third-party merchants – sellers that use Amazon as a platform to market their goods.

More than half of all items sold via Amazon in 2017 came from third-party retailers.

The commission sent out questionnaires to sellers as part of the preliminary information-gathering process, and has now decided to follow up with a formal investigation, Ms Vestager said on Wednesday.

Brussels said that its in-depth investigation would look at the “standard agreements” between Amazon and third-party merchants and how “the use of accumulated marketplace seller data by Amazon as a retailer affects competition”.

The commission is also probing how retailers qualify for the “Buy Box” – the button that allows customers to directly add a product to their online shopping cart. For a retailer, “winning” the buy box means that when a customer searches for a particular product, and then clicks to buy it, that retailer’s offer, rather than competing ones, will be chosen.

In contrast, customers would need to click through the product page to see offers from other sellers. Amazon uses a system of performance-based metrics to determine which companies get the box.

“Winning the ‘Buy Box’ seems key for marketplace sellers as a vast majority of transactions are done through it,” the commission said.

A formal probe will allow regulators to flesh out their main concerns. It could ultimately lead to fines or to force Amazon to change its business practices.

Amazon said in a statement that: “We will co-operate fully with the European Commission and continue working hard to support businesses of all sizes and help them grow.”

The commission said that its investigation would be taken forward as “a matter of priority”.

“The opening of a formal investigation does not prejudge its outcome,” Brussels said, adding that there is no legal deadline to bring the probe to an end.

1 Who are Ireland’s 17 billionaires?
2 My father in a nursing home wants to gift me his house
3 Nama lends Cosgraves €15m to fund huge apartment development
4 Are there annual limits on inheritances or gifts to a child?
5 Property firm sues engineering company over waterproofing of basement
Real news has value SUBSCRIBE