What can we expect from the new Apple iPhone?

A new name, a bigger size and a better camera could be on the cards 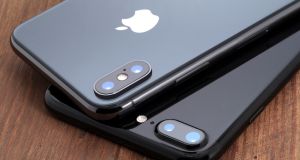 Apple is expected to unveil its latest iPhone at an event on September 12th. the rumours - and claimed leaks - have reached fever pitch in recent days. So what can we expect from the new iPhone?

While there is some speculation that the iPhone expected to be shown off on September 12th will be the XS, that is not set in stone. Apple skipped the iPhone 9 to head straight for the iPhone X. It also meant an end to the pattern of releasing the “S” version. Could the same thing be about to happen with this year’s release?

When the iPhone 6 launched in 2014, Apple introduced two different sizes, with the larger version getting the Plus moniker. That continued up until the iPhone 8 and 8 Plus, which were announced last year alongside the iPhone X. But the latter only came in one size: a 5.8 inch screen. Rumour has it that this year will see a return to the two sizes, with a larger 6.5 inch model joining the line-up.

Dual lens cameras are so last year. Chinese smartphone maker Huawei has raised the bar when it comes to smartphone cameras, bringing in a triple camera on the P20 Pro that produces some excellent low-light photographs. The iPhone X’s dual camera was noteworthy, and we would certainly expect the phones to have the dual camera at the very least. But the upcoming iPhones could introduce a triple lens camera, throwing down the gauntlet to rival Samsung to respond.

We are becoming used to hefty price tags for smartphone, but could a cheaper version of the iPhone X be in the works? Rumours are that a more budget-friendly version will join this year’s release, with an edge-to-edge screen but using cheaper LCD technology. The other phones in the range are expected to have OLED screens.

Going purely on the invite, there are expectations that the new iPhones will be available in gold. The iPhone X was only available in silver and gray; if you wanted anything a bit more colourful, you had to settle for the iPhone 8 or 8 Plus.

The key sticking point for every smartphone is the battery. The iPhone X didn’t do too badly on that front, but there are expectations that the battery will get a boost in capacity. One thing we’d like to see is fast charging out of the box. Although the iPhone 8, 8 plus and X actually support fast charging, you need a lightning to USB C cable and a more expensive charger – the MacBook or MacBook Pro USB C chargers do the trick. But that’s a pricey extra investment that few people will make. Fingers crossed the fast charger is included in the box this year, making our lives significantly easier on at least one front.

1 Should my mam wait for house prices to drop before buying?
2 Irish whiskey sales near milestone of 12m cases a year
3 Hard-hit SMEs get ‘paltry’ €11m worth of loans under State scheme
4 McCanns’ Balmoral sees property value hit from Covid-19
5 ‘I’m so lucky to be in the Caribbean – a million miles from Derry Girls’
Real news has value SUBSCRIBE