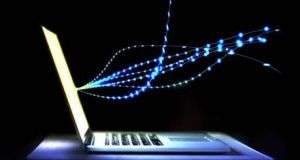 It’s one thing to make a success out of holding a conference online, and quite another to make any money from it. Photograph: Getty Images

Collision from Home, the first Web Summit event to be held remotely and using a software platform developed in-house, was a rip-roaring success, so its organisers say.

Web Summit chief executive Paddy Cosgrave seems to spend more time knocking “official Ireland’ than working these days. But he took a break from bashing politicians, journalists and civil service mandarins earlier this week to retweet lots of compliments on Collision from Home.

The three-day conference, originally due to be held in Toronto, was swiftly taken online and rebranded when the pandemic hit. The remote version, which ran from Tuesday to Thursday, drew an impressive 32,630 attendees. They watched speakers that included Canadian prime minister Justin Trudeau, author Margaret Atwood and, um, Paris Hilton.

The online feedback seemed to be largely favourable, and it appears the software suffered only the odd minor glitch.

Yet it’s one thing to make a success out of holding a conference online and quite another to make any money from it.

Taking Collision online worked to the extent that many attendees who had already paid to go along in person seemed happy enough to watch the remote version, knowing their ticket for the physical event is valid for next year. What this means for the profitability of the 2021 conference is anyone’s guess.

Cosgrave said this week that Web Summit was aiming to attract 100,000 attendees for its flagship (read cash cow) conference later this year, most of which will be online. While he suggested there would be an in-person element taking place in Lisbon, he was a tad vague on what this might look like or on how many people might attend.

The company says it plans to sell its online events software to other conference organisers, which should help draw in revenue.

Perhaps it doesn’t matter too much to Web Summit if the likes of Collision from Home doesn’t rake in the cash. If it shows the event industry that Web Summit’s software makes online events a cinch it could prove far more profitable down the line.