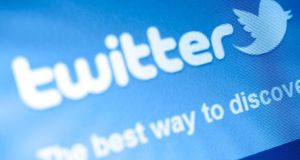 Policing the conversation: abusive behaviour will now be judged in “context” and if it is seen to be “newsworthy and in the legitimate public interest” it will not be a straightforward case of violating Twitter rules

Plenty of people were happy when Twitter was Trump-free for 11 minutes last week following a temporary deactivation by an outgoing employee who thought they would make good use of their last day on the job. One of the reasons for this joy is because many other users felt that several of Trump’s tweets seemed to fit into the category of communications that would get others turfed off Twitter or at least temporarily banned.

So, Twitter has finally told us what is acceptable and not acceptable. Apparently, abusive behaviour will now be judged in “context” and if it is seen to be “newsworthy and in the legitimate public interest” it will not be a straightforward case of violating Twitter rules. But this is a work in progress.

“Expect more detail on how we review and enforce all of our policies and the range of enforcement options in a separate update on November 14th,” the company stated on its official blog.