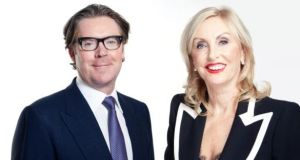 Voxpro, the Cork-based business process outsourcing firm acquired in a multi-million deal in 2017 has said it intends to continue scaling operations in the coming years.

The company, which started out with six people working above a pub on Marlboro Street in Cork city in 2002, now employs 2,350 staff. In recently filed accounts Voxpro said it intends to continue to take on additional employees as its client base grows.

Established by Dan and Linda Kiely, the company offers customer experience, technical support and sales operations solutions to international customers that include Google and Airbnb.

The latest accounts show Voxpro reported a €2.5 million pretax loss for the 12 months ending December 31st 2017, compared to a €1.85 million profit in the prior year.

Having recorded an 81 per cent rise in revenues to €60.4 million in 2016, the company reported another jump in turnover last year as sales jumped 50 per cent to €91.1 million.

Adjusted earnings before interest tax, depreciation and amortisation (ebitda) declined 31 per cent to €3.54 million as against €5.1 million a year earlier.

“The group plans to continue its present activities and grow current trading levels,” Voxpro directors said in a note included with the accounts.

“The directors plan to scale its operations globally over the coming years to keep pace with the demands of its extensive client list,” they added.

Canadian call centre giant Telus International acquired a 55 per cent stake in Voxpro last August for $58 million (€50 million) with an option to acquire the rest of the company in a deal valued at up to $141 (€121 million).