Unravel the mystery of mummies with Coursera 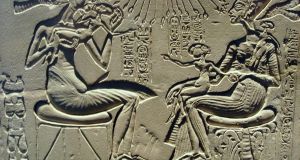 The University of Pennsylvania’s course covers the important rulers and explores the construction of the pyramids and the Sphinx, the gods and goddesses worshipped, and, yes, mummies.

Like many children I was fascinated with stories of ancient Egypt: mummified kings and queens, the mystery of how the pyramids were built, tales of Howard Carter and the Pharaoh’s curse. But as we grown up we tend to leave this curiosity behind and move on to more grown-up subjects like international tax law or corporate management techniques.

While these topics are in abundance on the massive online learning platform Coursera, it also has courses to reignite childhood passions. The University of Pennsylvania’s Introduction to Ancient Egypt and its Civilisation (which has just started and ends in early July) is a history of the kingdoms and dynasties that lasted for 3,500 years. It covers the important rulers and explores the construction of the pyramids and the Sphinx, the gods and goddesses worshipped, and, yes, mummies.

The course provides plenty of lesser-known facts: historians in later dynasties liked to scrub out rulers who didn’t fit the mould including Hatshepsut who referred to herself as king rather than queen and insisted on wearing male royal garments. And if you think you’ve seen it all on King Tut TV documentaries, hold out for Egyptologist David Silverman’s exclusive access to U Penn’s Artifact Lab (around 40,000 artifacts from various excavations) as well as new and ongoing discoveries in the field.

1 Why gift a son now if it eats into his tax-free inheritance threshold?
2 Mortgage arrears: Prevention is definitely better than cure
3 Government to avoid ‘cliff-edge’ on Covid-19 payment changes
4 Chris Johns: Economic self-harm is the root of populism
5 Big Four told to outline plans for audit split in UK by October
Real news has value SUBSCRIBE