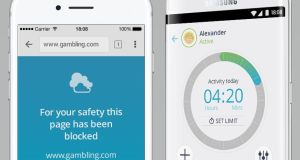 In response to criticism for removing some parental control apps from its App Store, Apple released a statement defending its decision to get rid of apps it claims is putting users’ privacy and security at risk.

“Over the last year, we became aware that several of these parental control apps were using a highly invasive technology called mobile device management, or MDM. MDM gives a third party control and access over a device and its most sensitive information including user location, app use, email accounts, camera permissions, and browsing history.”

Meanwhile app developers claim that Apple is removing apps not for this reason but because they compete directly with its native Screen Time. Following the removal of 11 of the 17 most popular screen-time and parental-control apps over the last year, two companies, Qustodio and Kidslox, have filed a complaint with the EU’s directorate-general for competition.

Qustodio chief executive Eduardo Cruz told Wired: “If Apple were truly committed to solving the problem of screen time addiction, they would welcome competition in this space.”