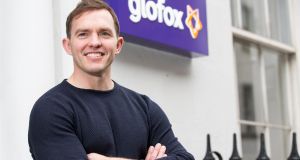 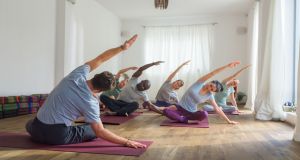 Glofox, a Dublin-based start-up which provides business management software to fitness studios and gyms, has raised $10 million (€11.5 million) in funding as it looks to expand in the US.

Set up in 2014, the company was founded by Conor O’Loughlin, a former scrum-half with Connacht Rugby who was last year named Ireland’s Best Young Entrepreneur in a competition run by the State’s Local Enterprise Offices. The company’s co-founders are Anthony Kelly and Finn Hegarty.

Glofox, which employs 50 people in Dublin, recently opened in Los Angeles. It also has offices in New York, Sydney, Belfast and Galway.

Some 10 million fitness classes are booked via the company’s software platform every year with gyms and studios across 43 countries using the technology to manage their businesses.

“While traditional membership gyms are growing at 5 per cent, the boutique market is up 25 per cent, which gives us confidence that the team can transform this start-up into a large software player,” said Marieke Christmann of Octopus.

Mr O’Loughlin said the new funding was a “really exciting step” for the Irish company. “We’ve spent years optimising Glofox for boutique gym owners, and we’re planning to use the funding to ensure Glofox can scale with our partners as they grow their business, while continually offering the features they need to maintain authentic relationships with customers,” he said.

Other supporters of the company include Dublin-based seed and early stage fund Growing Capital and Enterprise Ireland, who participated in a €500,000 funding round in 2016.

1 Bank leaked my loan request to family who tried to rip me off
2 Ryanair and Aer Lingus monitor impact of coronavirus on travel to Italy
3 Bank of Ireland seeks another €50m in cuts in lowers profit target
4 Ownership row over properties threatens €5.1m sale, court hears
5 Mastercard to create 1,200 new jobs by expanding base in Dublin
Real news has value SUBSCRIBE