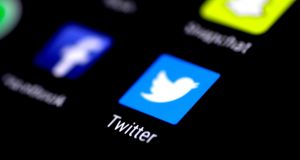 In a blog posted on the company’s website on Thursday, it said it had fixed the glitch. Photograph: Reuters

Twitter has urged its users to change their passwords after a glitch caused some of them to be stored in plain text on its internal computer system.

In a blog posted on the company’s website on Thursday, it said it had fixed the glitch and that an internal investigation had found no indication passwords were stolen or misused by insiders, but it urged all users to consider changing their passwords “out of an abundance of caution”.

“We recently found a bug that stored passwords unmasked in an internal log. We fixed the bug and have no indication of a breach or misuse by anyone. As a precaution, consider changing your password on all services where you’ve used this password,” read the statement.

Twitter advised users to take precautions to ensure that their accounts are safe, including changing passwords and enabling Twitter’s two-factor authentication service to help prevent accounts from being hijacked or hacked.

The blog did not say how many passwords of its 330 million users worldwide were affected.

The European Union is due to start enforcing a new privacy law, the General Data Protection Regulation, that includes steep fees for violating its terms.