NDRC expands with move to run pre-seed accelerator in Oman 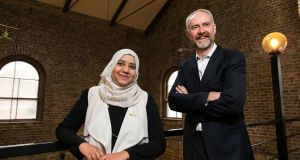 The Irish early stage tech investor NDRC is to run an international pre-seed accelerator in Oman early next year as part of a new venture.

The centre, which has backed some 226 firms since it was established in 2007, has been retained by the Oman Technology Fund (OTF) to provide expertise and personnel through the three-month programme which will commence in January.

As part of the programme, participants will spend two weeks in Dublin to learn insights from Irish start-ups about how to scale a business.

“Ireland is increasingly being viewed as a centre from which to learn from and this is a sign of that. We’re very proud to have won the tender for the programme and I think it reflects well on the wider ecosystem and how it is seen globally,” NDRC chief executive Ben Hurley told The Irish Times.

“This isn’t about NDRC setting out to conquer the world. This is a pilot and if it goes well I think there could be more programmes down the road but we’re not rushing in to anything,” he added.

Mr Hurley said that in addition to shared learning and other synergies he envisaged there being greater access to markets for tech start-ups in both Ireland and Oman arising from the programme.

The Muscat-based fund separately last week signed agreements with Enterprise Ireland and Atlantic Bridge during a trade mission to the Arab States by Irish companies.

Oman has been looking to fast-track its start-up sector recently as it looks to position itself as a leading tech hub in the Middle East. The first Oman-based venture capital firm was established last year with a $129 million (€110 million) war chest while the Sultanate’s first science and innovation park is due to open in Muscat shortly.

“We’d like to see Oman becoming the hub for innovation and technology acceleration in the region. I think we have the criteria to manage that from a political and geographic standpoint and the new accelerator programme will help us with this ,” said Maha Al Balushi, executive manager at Oman Technology Fund.

However, she added that while there have been increased incentives introduced for start-ups there are also obstacles for would-be entrepreneurs in the country. These include the fact that they are not viewed as good romantic suitors because they don’t have stable income.

The NDRC, formerly the National Digital Research Centre, was established a decade ago by a consortium of Irish third-level institutions. Alumni includes travel tech firm Boxever, which raised $12 million (€10.4 million) last year and Soundwave, which was acquired by Spotify for an undisclosed sum in January 2016.

Other companies to emerge from the centre include NewsWhip, Bizimply, Nuritas and Silvercloud Health, which all secured Series A investment last year.

NDRC, which is operational in Dublin and Galway, realised investor returns of €460,000 in 2016, a year in which the number of companies it backed rose by almost 25 per cent.

The centre invests primarily using an accelerator model through its Launchpad, Catalyser and VentureLab investment programmes which provide modest amounts of capital and high amounts of hands-on support to early stage companies.