Trezeo, Block Aviation and UrbanFox among 10 companies chosen for programme 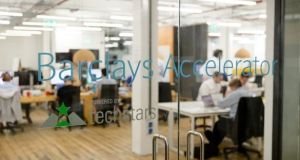 More than 700 applications were received for the London programme

Three Irish start-ups have just been selected for the renowned Barclay’s/Techstars accelerator programme.

Trezeo, Block Aviation and UrbanFox are among 10 early-stage companies to be chosen for the 13-week programme, which is to be held at Rise, Barclays’ fintech co-working space in London.

The programme’s organisers say that companies can expect to attend in the region of 150 meetings with mentors, chief executives, innovators and industry experts while on the accelerator. In addition, participants are also eligible for the recently launched Rise Growth Investments fund, which allows Barclay’s to invest up to £10 million per accelerator class.

Since its introduction in 2014, the accelerator, which also runs in New York and Tel Aviv, has supported more than 140 companies worldwide . More than 700 applications were received for the London programme with a record number coming from the Republic.

Among the Irish start-ups to have participated on the accelerator in recent years include Oathello, a start-up that operates an instant booking and payments platform for document certification and notary services, and Courtsdesk, an online data service that offers search, tracking, and analysis of Irish cases.

Based at the NDRC’s Digital Exchange offices in Dublin, Trezeo is seeking to deliver financial stability to self-employed workers with an income smoothing business account that gives customers a regular defined income every month.

“Having secured initial funding last year, it is now time for us to scale and get customers. Having both Barclays and Techstars to help us to avoid the type of mistakes that other companies have made, is fantastic,” said Trezeo co-founder Garrett Cassidy.

“It is a big commitment for us but we really think it will help us get traction,” he added.

UrbanFox, which was founded in 2015 and is also housed at the NDRC, is a fraud detection and prevention technology targeting large online merchants and payment processors.

“All three successful Irish companies have developed pioneering and attractive offerings that have significant potential to impact fintech globally, and we in Barclays are hugely looking forward to supporting them on their next phase of growth and development,” said Martin Cass, director at Barclays Private Bank, Ireland.