Twitter has new measures to deal with abusive users: what are they and do they work? 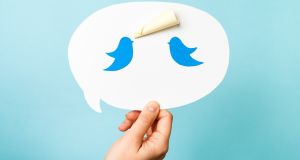 If you’re a Twitter user you will have noticed the service has a little problem with abusive behaviour. It’s been one of the chief criticisms of Twitter in the past few years. It ranges from petty name calling to full-scale harassment and threats of rape and violence.

Bottom line: it’s not exactly a welcoming atmosphere to find yourself in.

But now Twitter has called time on trolls. Or at least, it seems to have. This week the service started rolling out measures designed to stop the trolls in their tracks.

It’s promising to be more proactive in the fight against abusive accounts, for example by identifying accounts that engage in abusive behaviour without relying on users to report it.

What does it mean in reality? Those who keep tweeting an account that they don’t follow or doesn’t follow them, could find themselves on a time out, with their tweets only available to their followers for 12 hours.

It could also mean the end of the anonymous egg account; you will now be able to filter your notifications to exclude accounts without profile pictures or verified email addresses. Another good addition is the extension of the mute function to your timeline. Before now, you could mute notifications from accounts, but Twitter will now allow you to mute keywords, phrases, or entire conversations from your timeline, and allow you to set a time limit for muting it. Your blood pressure may thank you for it.

It’s not just useful for hot-button issues though. You could use it to make Twitter an altogether more interesting place for you.

Bored by the Premier League? You could cut all mentions of football from your timeline for a day or a week. Or if you frequently stay away from Twitter to avoid spoilers from your favourite TV shows, you could mute the name of it for a day or so until you’ve had time to catch up.

Yes. Twitter said it would be more open about the action it takes when you report an account or a tweet. If you’ve ever had to report a tweet, you’ll know that once the report is in, you rarely find out if any action was taken. Now, Twitter is going to give you a little heads up about what it did in response to your report, similar to the way Facebook works.

What has it been doing until now?

In recent weeks, Twitter has been trying to limit the influence of abusive accounts on its platform, with varying degrees of success. Tweets it deems low quality or abusive have been rolled up and hidden unless you choose to click on them. It has also taken steps to identify serial abusers – the ones who create accounts as their old ones are banned and just pick up where they left off – and stop them from hopping back on Twitter.

There’s still a long way to go though.

Surely there are bound to be some hiccups?

As with all new features, it’s inevitable that mistakes will be made. Users will find their accounts have been limited for actions they might not have thought were abusive but which triggered Twitter’s algorithms. There’ll be a bit of tweaking going on in the background while Twitter tries to get it right.

Twitter has already rolled back on one thing it implemented in an effort to help users – it stopped sending notifications when your account was added to a list. It was brought in a couple of weeks ago but didn’t last. The idea that your account could be added to a list to be used for harassment without you being notified was, to say the least, a bit disconcerting. It lasted only a few hours before Twitter killed it off.

Will the new measures work?

Maybe. Maybe not. But Twitter can’t afford to do nothing. When high-profile users shut down their Twitter accounts and are followed by others – because of the abuse they get – Twitter has a serious issue. It needs to grow its users, not lose them.

1 Google tells workers to return to country where they are employed
2 Pension problems: Workers ‘leaving free money on the table’
3 Prof Matt Cooper: ‘it’s not about the money; it’s about the patients’
4 Recurring Covid restrictions will kill off many viable businesses
5 Brussels drafts rules to force Big Tech to share data
Real news has value SUBSCRIBE