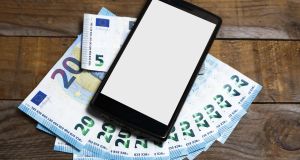 If you are heavy data t here is little point in having a plan that has only 1GB or 2GB of data. Instead, opt for an unlimited plan. Photograph: iStock

Have you ever experienced mobile “bill shock”? If not, you’re lucky. But for the rest of us, there are a few easy ways to cut down on bills.

Make sure you get a plan that matches your needs

If you are a heavy user of data, there is little point in having a plan that has only 1GB or 2GB of data. Opt for something that has a higher data allowance, or an unlimited plan that will cover everything. Ditto for calls and texts, and you need to keep an eye on your usage, or else you face those out-of-bundle costs adding up.

Services like KillBiller can help you figure out what the best plan is for your usage, through an app you install on your smartphone. It will make recommendations for you based on what services you use most, although the level of access you grant the app is entirely up to you.

While plans include a certain number of text messages, you’ll usually find that you get charged extra for sending a multimedia message – one with video or a photograph attached.

That can cost anything from 25 cent to 70 cent extra depending on your network. But by using one of the many third-party services available for your smartphone, you can use your mobile data connection – if you have enough data left and are on your home network – or wifi, if you want to save your mobile data or are abroad.

Here are a few – although not all – of the most popular services:

Facebook-owned WhatsApp allows you to send encrypted messages to another WhatsApp user using their phone number. You can attach images, video, voice clips, documents and other things to the messages, so you can pass on birthday photos or important messages without fear of them being intercepted by a third party.

It works on both iOS and Android, covering most smartphone users, and you can also link it to your computer through WhatsApp on the Web. That allows you to receive messages to your desktop through your web browser as long as your smartphone is switched on and has a data signal. The app is free to download.

Another free to download app is Viber. It works similar to WhatsApp, in that it uses your phone number rather than an easy-to-forget user name. Your Viber contacts will appear in the app when you give it permission to check your phone contacts against its user base, or you can add numbers manually. You can also use Viber to send money to contacts, by buying credit with the service. Viber not only has a smartphone app for iOS and Android, but also has a desktop app too.

There was a time when Skype was the default option for sending messages to users at home and abroad without incurring extra charges. You can sign up with your email address or mobile number, and choose a username to identify yourself. Then you have to add your contacts and request that they allow you to contact them through Skype, if they have that security setting enabled. It’s a relatively easy process though, and you can use the service through a smartphone app for Android or iOS, or on your desktop Mac or PC.

If you are using Apple devices, iMessage is a good way to send and receive texts, pictures and videos. The service works through mobile numbers and Apple IDs, so you can get your messages on your iPhone, iPad or Mac - or all three at once.

Your recipient also needs an Apple device to receive iMessage, as this service isn’t cross platform.

To avoid incurring charges on your phone bill when you aren’t on a wifi network, you can disable mobile data on your iPhone, and also ensure your texts are sent only as iMessage rather than as text when iMessage fails.

To disable mobile data, go to Settings>Mobile Data (or Cellular Data) and move the slider beside Mobile Data to off. To control how Messages send, go to Settings>Messages and ensure iMessage is switched on. Then scroll down to send as SMS, and switch that to off. Your messages to other Apple users will now only send as iMessage, and not regular texts.

Use voice over IP services:

Similar to how you can send and receive texts through data networks, leaving your mobile plan out of it if you wish, you can also use wifi networks to make calls – both voice and video. There are a lot of the same apps here that will also send texts for you – with one or two exceptions.

Skype is an old hand at this game. It has been doing voice and video calls over data networks for a number of years, and not only does the Microsoft owned firm allow you to contact other Skype users, you can also buy credit to “Skype Out” and ring mobile and landline numbers in other countries for a reduced cost.

Viber introduced voice calls to its app a few years ago, allowing you to call other Viber users for free. It also took a leaf from Skype’s book, by allowing users to buy credit to call people not on the Viber network.

Voice and video calling is a relatively new addition to WhatsApp, but it is an easy one to use. Simply tap the video or voice icon beside your WhatsApp contact and you can start a call in seconds.

Another Apple invention, FaceTime does both audio only and video calls to other FaceTime users. Like iMessage, a FaceTime account can be linked to a phone number or an Apple ID, meaning you can make and receive calls on your iPhone, iPod, iPad or Mac. It won’t work on Android or Windows though, so if you are looking for something cross platform, you’ll need to keep looking.

Google was a bit late to the game with Duo. But one area where the video calling app did get it right was that it allowed users of both Android and iOS to download the app to use it. It’s linked only to your phone number though, so no email IDs are used. That means unless you have a sim card in the device, you can’t use it - ruling out a PC user for now.

In the United Kingdom and United States, wifi calling is available on a number of networks. Here’s how it works: when you are in an area where your mobile signal is weak or practically non-existent, you can connect to a wifi network and use that to make your calls instead.

The voice minutes you use come out of your plan allowance – unlike third-party services such as WhatsApp – but you aren’t limited to contacting only those who are using the same services as you.

You can use your phone as if you were on a regular mobile network. It even uses the native dialler on your phone, so you don’t have to switch over to another app. Sounds simple, doesn’t it? It’s not available here yet, but it’s only a matter of time.