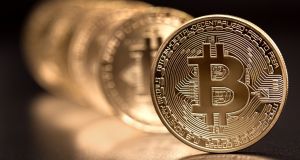 It hasn’t been a good week for cryptocurrencies, and for bitcoin in particular. So what exactly is going on?

Why is bitcoin falling?

It’s not just bitcoin. Ether and ripple took a bit of hammering in the market. But there are a few things that are causing the price to slump, namely the bitcoin cash hard fork and the increasing pressure the cryptocurrencies have faced in countries around the world.

Bitcoin cash, or BCH, is separate to bitcoin. It’s essentially an offshoot of the popular cryptocurrency that was created in 2017 when the project split in two. But while bitcoin’s block of transactions are limited to 1 MB, bitcoin cash’s blocks were set at 8MB initially and then upped to 32MB in May. Why does it matter? The size of the block affects the processing time and number of transactions the network can process. Bitcoin’s 1MB limit meant longer processing times, something that bitcoin cash hoped to solve. And if you owned bitcoin at the time of the fork in 2017, you also owned bitcoin cash.

A fork is essentially updating or changing a cryptocurrency’s software code.

And a hard fork?

Essentially what happened when bitcoin split and formed bitcoin and bitcoin cash. When the change to the software code means the new version is not compatible with the old network, you’ve got a hard fork.

So what happened with bitcoin cash?

As if the world of cryptocurrency wasn’t completely baffling to the average person, we’ll now have more versions of Bitcoin to deal with: bitcoin cash ABC” (BCH ABC) and “bitcoin cash SV” (BCH SV). BCH SV saw the future of the currency slightly differently, and sought to increase the blocksize to 128MB; BCH ABC took a more conservative view. The two sides couldn’t agree and when the hard fork officially took place on November 15th, the chain split in two shortly afterwards.

So which version won?

It’s too early to formally declare a winner on this one, but BCH ABC looks like it might have the advantage for now.

This is all getting a bit confusing

Yes. Yes it is. Chances are it’s not going to get any less confusing in the immediate future, so hold on tight.

So how did that affect bitcoin?

As both sides faced off against each other, some redirected mining power from bitcoin to BCH ABC or SV in a bid to disocver blocks quicker. And the instability caused by the hard fork likely hit prices too. There was a lot of interest when bitcoin was scaling new heights last year, but as the prices continue to trend towards $4,000, and predictions from some quarters expect to see a $3,000 level, it’s not looking quite as much of a “get rich quick” scheme.

As we mentioned though, it’s not the only thing weighing on cryptocurrencies. Ongoing crackdowns on exchanges in different countries have also caused a bit of unease, and if cryptocurrencies aren’t useful to their holders, what’s the point of them?

So…. should I invest?

Who knows? But as with all investments, if you do buy into cryptocurrency in the hopes it will make you a bit of money, be prepared for it to do the opposite too - as people who bought at the height of bitcoin’s frenzy last year have no doubt discovered.

1 Who are Ireland’s 17 billionaires?
2 Fianna Fáil may have just pressed the pause button on the property market
3 O’Flynn ‘very unhappy’ with extra payments to former employee, court hears
4 Are there annual limits on inheritances or gifts to a child?
5 UK to prioritise EU trade deal over one with United States
Real news has value SUBSCRIBE