This scientist is trying to stamp out sensationalist science reporting 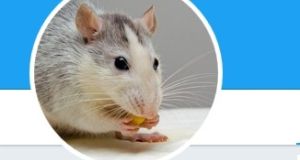 One of the most commonly cited reasons for the public’s lack of trust in science is misleading stories with exaggerated claims about the latest research on everything from cancer treatments and diabetes interventions to the effects of excessive coffee consumption. Blame it on bad science journalism, says James Heathers, the Australian data scientist who started the popular @JustSaysInMice Twitter account.

Heathers is on a mission to call out sensationalist science reporting by flagging certain stories: for studies that involved lab mice only but are reported on as if they related to humans, he retweets the headline and adds ‘In Mice’ in block caps.

Only in operation since mid-April, the account has already amassed over 46,000 followers. One Twitter follower noted: “‘In MICE’ is something a lot of non-scientists don’t realise, since they trust on media to inform them properly. Like they should be, but sadly are not always, able to.”

Heathers told Gizmodo why it was so important to differentiate between research carried out on lab mice and humans: “Most research that’s done with mouse models, that might potentially turn into something therapeutic, it’s something like five to 10 years away from being seen in patients, if at all. There’s an enormous gap.” https://twitter.com/justsaysinmice

1 Brown Thomas and Arnotts to cut 15% of jobs due to coronavirus crisis
2 Close to 300 Greencore staff test positive for Covid in Northampton
3 47,000 homes need to be built each year to solve housing crisis, report says
4 It was business, it was personal: the Redstones’ father-daughter feud
5 Dogpatch Labs and SOSV shortlisted to win NDRC contract
Real news has value SUBSCRIBE