Facebook’s voice assistant, by all indications, is headed to the augmented reality and virtual reality space with a focus on video calling 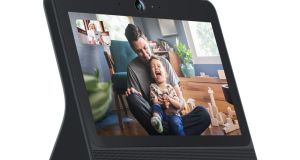 What is Facebook Assistant? It is likely the name of Facebook’s new digital voice assistant and according to his LinkedIn profile, Ira Snyder, director of Facebook’s AR/VR division is heading this new project.

“We are working to develop voice and AI assistant technologies that may work across our family of AR/VR products including Portal, Oculus and future products,” a Facebook spokesperson confirmed in a statement to Reuters last week.

While Alexa and Google Assistant live mostly on smart speakers, smartphones and tablets, Facebook’s voice assistant, by all indications, is headed to the augmented reality and virtual reality space with a focus on video calling (Portal). This may be a wise choice by Facebook because the smart speaker market is already dominated by Amazon: the Echo represents over 60 per cent of smart speaker sales.

Portal, however, was not accepted with open arms when it was first released. Uptake of the always-on, Facebook-connected video calling device with AI-driven face and body tracking has been hampered by security and surveilling concerns.