Third ‘industrial revolution’ will not transform our lives 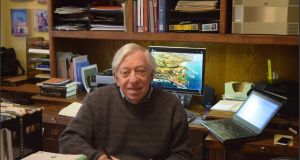 The internet, robots and artificial intelligence (AI) are nothing new and they won’t fundamentally change how we live. That’s the view of US economist Robert Gordon.

Digitalisation, he says, started with the first mainframe computers in the 1950s; the first robot was introduced by General Motors in 1961; and AI has been with us for 20 years.

These innovations are part of what is generally called the “Third Industrial Revolution”, which Gordon says will be the least transformative and the least important of the three. He also claims that most of the really important innovation associated with this phase – the internet and the smartphone – is already behind us.

His provocative thesis is tantamount to heresy in an age so besotted with technology. But the Northwestern University professor, whose book The Rise and Fall of American Growth has divided opinion since its publication in 2016, stole the show at the recent Brussels Economics Conference.

His central premise is that the golden age of innovation is over, and that’s why output, growth and real wages have stagnated in advanced economies; and why income inequality is on the rise again.

He hangs his argument on the rather dry economic concept of productivity – loosely defined as the rate at which goods or services are produced in an economy. Nonetheless, its importance cannot be understated. It is the main driver of wages, living standards and prosperity.

In the US, between 1920 and 1970, productivity rose by an average of 3 per cent a year thanks principally to two inventions, electricity and the combustion engine. This prompted the biggest leap in real wages and living standards in US history. Europe experienced a similar trajectory, albeit after the second World War.

In recent decades, however, productivity in advanced economies has stalled – despite the internet revolution, the arrival of AI and advancements in robotics.

“The reason why we’ve had such slow productivity growth in the advanced economies in the last decade is because inventions are simply not as important as they used to be,” Gordon said.

Between 1900 and 1960 – the period of the “Second Industrial Revolution” – we went from travelling by a horse and buggy to taking Boeing 707s. But in the 60 years since, we haven’t learned to go any faster at a mass commercial level, he said.

For Gordon, the revolution in technology that drove growth in the first half of the 20th century “is without peer, completely different than what happened before or since” . Technologies today, meanwhile, generate only marginal improvements.

While the car, for example, represented a big advance on the horse, recent improvements – cars are safer, faster, more comfortable – are only marginal, rather than fundamental. It’s that shift from significant transformations to minor advances that underpins the current slowdown in productivity, according to Gordon.

Notwithstanding a mini revival in the 1990s, the malaise in productivity has been so pronounced and sustained that Gordon questions just how revolutionary technologies like robotics and AI actually are.

While AI is very good at pattern recognition and board games likes chess, “what it can’t do is reason out exemptions”, he said. “We’ve seen the autonomous vehicles with their disastrous crashes have a hard time dealing with unusual situations.”

The evolution of AI over the last decade has been accompanied by the slowest, sustained productivity growth in American history.

On robotics, Gordon is even more sceptical. Two years ago, the Pentagon’s research agency brought together 25 robotic teams to show off their progeny.

“The robots were put through test; they were asked to walk up and down steps; to turn a valve; to operate a power drill . . . jobs that would take a human five minutes at most,” he said.

The winning robot took 45 minutes even with remote controlled assistance. “It turned out that one of the most difficult jobs for the robot to achieve – something they found daunting – was to turn a door knob,” he said.

This prompted one observer to quip, Gordon noted, “if you’re worried about the terminator coming after you, just close the door”.

Forecasters of future technology are prone to exaggerating major developments and “how near-term they are” while overlooking more mundane, everyday developments, he said. To illustrate the point, Gordon referred to Wired magazine’s 1997 predictions for the upcoming decade, which included a complete cure for all forms of cancer; and a fledgling human colony on Mars.

“Yet Wired magazine totally missed the invention of the smartphone, something that has made far more difference in most lives than colonising Mars.”

Gordon’s thesis has not gone unchallenged. Some experts think the current productivity slowdown is just a temporary blip and that improvements in digital technologies are transforming the world’s economies. It’s just that we haven’t had the big pick-up yet.

The Brussels conference was also attended by futurist thinker and author Jeremy Rifkin, who agreed with Gordon’s assertion that the “Second Industrial Revolution” had peaked though he insisted that the third revolution hasn’t fully kicked in.

For Rifkin, the internet is part of a new, nascent industrial revolution, but it is only one of three core elements. The other two are renewable energy and autonomous transport, which have yet to fully arrive. In his view, what’s emerging to run alongside the information internet is a digitalised renewable energy internet in which consumers generate energy and share it like information.

“Soon hundreds of millions of people will be able to generate their own solar and wind renewable energies where they live, where they work and send it back on a digitalised energy internet that acts exactly like the communications internet...so you share energy like you share information.”

The communications internet and the renewable energy internet will also converge with a “digitised, autonomous, GPS-guided and soon-to-be driverless road, rail, water and air” internet, made up of autonomous electric vehicles, powered by near zero marginal cost solar and wind electricity.

“Those vehicles will be on smart system which will transform logistics fundamentally,” he said. These three internets will ride on top of a platform known as “the internet of things” that will monitor activity in all our environments and send back information, in what Rifkin’s describes as “an external nervous system and brain for the human race”.

This revolution, sharpened by the urgent need to move away from carbon fuels, will affect every industry, transform work practices and reignite productivity. Hence, Rifkin argues that the world is on the cusp of a transformation equal to that witnessed in 20th century, it just hasn’t arrived yet.