Techstars teams up with Dublin City Council for start-up week 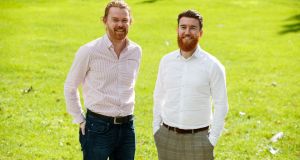 Techstars, the international business accelerator which has backed more than 1,300 companies globally, is teaming up with Dublin City Council for a week-long series of free events in the city in late November.

Techstars Start-up Week Dublin will take place at a number of locations across the capital with most of the 30 events at times that suit participants who may currently be working full time, but considering starting a business.

“It’s great to officially announce Dublin as the 58th city for Techstars Start-up Week,” Gene Murphy, one of the event’s organisers, told The Irish Times.

“The week is held all across the world with 100,000 participants taking part globally last year. If you’ve been thinking about beginning a start-up, or want to get involved in a high-growth scaling company, then this week is designed for you,” added Mr Murphy, who is also entrepreneur-in-residence at Bank of Ireland.

Techstars Start-up Week will include networking events, keynote speeches, panel discussions and workshops covering issues such as getting started, joining a tech company, finding funding, how to build out your team, and how to promote diversity. There will also be mentoring opportunities from leading entrepreneurs and investors.

Mr Murphy said that he hoped the volunteer-led week would become an annual event.

Founded in Boulder, Colorado, in 2006, Techstars is a global network that runs accelerator programmes and provides funding and mentoring to start-ups. The organisation has more than 1,600 portfolio companies, including Irish start-ups such as SwiftComply and Talivest (formerly KonnectAgain).

Techstars already has a presence locally through initiatives such as Launchpad and Start-up Boost. The latter is a six-week pre-accelerator programme, created after the end of Techstar’s former Startup Next. The company also has close ties with a number of Irish entrepreneurs, including former Datahug co-founder Connor Murphy who lead’s Techstar’s Berlin accelerator. Another Irish man, Eamonn Carey, is managing director at Techstars London.

According to figures from the council, last year saw a record number of start-ups created in the capital with 22,354 new companies formed.

“For anyone thinking of starting a business, this week presents a fantastic opportunity to participate in innovative events and to hear from supporter originations, influencers and start-up entrepreneurs,” said Mary Mac Sweeney, deputy head of economic development and enterprise with the council.

Techstars Start-up Week Dublin takes place from November 19th to the 23rd. An information evening will take place next Tuesday at City Hall for those interested in learning more about the event and how to get involved.