Some in Silicon Valley soared, others tanked. And some took a trip to Trump Tower 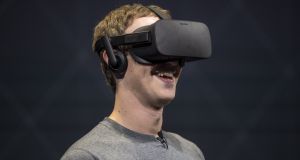 The year 2016 was supposed to be when the tech bubble finally burst. Instead the world blew up.

Amid Brexit, the election of Donald Trump in the US, and the increasingly catastrophic consequences of climate change, the dominance of a handful of technology companies over society became increasingly obvious – from Facebook’s troubling impact on democracy to Elon Musk’s plan to colonise a new planet before we destroy this one.

Still, if there’s one thing we can learn from this year in technology, it’s that no matter how bad things get, someone in Silicon Valley will make money off it.

Here’s our list of tech’s biggest winners and losers of 2016:

There’s no arguing with world domination. The social network continued its relentless campaign to swallow the internet whole, racking up almost $6 billion in profit in the first three quarters of the year and soaring to 1.79 billion monthly active users.

With its “walled garden” approach and obscure algorithms, Facebook has control over the information reaching a quarter of the world’s population. The company that claims not to be a media company has become the most powerful media company in the history of the world. Surely nothing will go wrong.

Remember when the most notable things about Peter Thiel were his extreme wealth, eccentric views on women’s suffrage and desire to start floating colonies in the ocean? We wish we did too. Thiel began 2016 by revealing himself as the secret funder of a lawsuit against the publication (Gawker) that outed him as gay. He ended the year on the verge of translating his long-shot bet on Donald Trump’s election campaign into serious power. Thiel represents the unvarnished right-wing libertarianism that undergirds the industry, from his disdain for “diversity” and the press to his enthusiasm for government contracts coupled with government deregulation. Now he’s in a position to handpick the favoured companies and chief executives of the next four years.

Not everything went perfectly this year for the engineer with a near messianic cult of admirers. There was Tesla’s disclosure of the first known fatality caused by a self-driving car, plus concerns about his corporate manoeuvres and the little matter of blowing up Mark Zuckerberg’s satellite.

But with global temperatures continuing to rise, Musk deserves credit for applying his resources and intellect to the greatest challenge facing humanity: how to power our society without killing our planet. Plus, the rockets are pretty cool.

Whether it was baby monitors or hospitals, tech chief executives or the Democratic National Committee, this year, everybody just got hacked. The only bright spot in this dark, dark reality is the increasing user-friendliness of encryption through apps such as Signal and WhatsApp.

It’s one thing to ignore the trolls when they lurk in comments sections and 4chan. It’s another thing when they help send someone to the White House. LOLsob.

There’s no denying its financial success (we did just name it our number one winner, after all), but as Facebook tightened its grip on the world’s information, the social network lost control over its own narrative.

This was the year Facebook became a villain, and not just your run-of-the-mill, money-grubbing corporate bad guy, but an honest-to-God threat to democracy and civil society. Facebook is finally being called to account for the algorithms that cater to our worst instincts, trap us in ideological bubbles, and feed us misinformation.

After a year of floundering from one PR crisis to another with little indication that it was taking legitimate concerns seriously, let’s hope Facebook begins to grapple with its power and responsibility in 2017.

Samsung (and Apple, but mostly Samsung)

Apple’s lacklustre sales and inexplicable decision to kill off the headphone jack provided Samsung with a perfect opportunity to strike a blow in the ongoing war between the two leading smartphone companies. Instead, Samsung made a well-reviewed phablet with one tiny little problem: it kept catching fire. Oops.

Did anyone really expect that the return of cofounder Jack Dorsey as chief executive of Twitter would right the ship for the struggling social network? Maybe, but after a full year with Dorsey at the helm, Twitter is still flailing. Users have plateaued, a buyout fell through, and hundreds have been laid off. The company still hasn’t gotten a handle on abuse, has been blamed for helping to elevate the “alt-right” movement of white nationalist internet trolls, and killed off one tiny beacon of creative brilliance in the internet’s morass of vitriol: Vine.

With its unerring instinct for fixing things that aren’t broken and breaking things that work, we can only assume that 2017 will see Twitter reach new heights of innovation in alienating its loyal users.

It took 13 years for Stanford dropout Elizabeth Holmes to build her blood-testing startup into a $9 billion unicorn with outrageously glowing press. It took less than a year for the whole house of cards to come tumbling down.

In October 2015, the Wall Street Journal’s John Carreyrou reported the first in a series of remarkable articles that revealed the company’s much-vaunted finger-prick blood tests did not really work. Since then, Theranos has voided two years’ worth of tests, lost its partnership with pharmacy chain Walgreens, and come under investigation by federal prosecutors and the US Security Exchanges Commission.

Holmes has been banned from running a medical laboratory for two years, her net worth has been revised by Forbes down to $0, and lawsuits are flying. In October, Theranos announced it would close its labs and blood-testing centres. Holmes claims that the company will now focus on developing a new device dubbed the “miniLab”. Don’t hold your breath.

People who drive for a living

Self-driving cars have been tootling around Google’s neighbourhood in Mountain View for several years, but dreams of an autonomous vehicle future turned into a very real present when self-driving Ubers started picking up passengers in Pittsburgh this year.

It’s all good news for the self-driving evangelists who foresee fewer fatalities from collisions, but what about all the millions of people who drive professionally? There are 3.5 million truck drivers in the US, according to the American Trucking Association. Add in the hundreds of thousands of people who drive taxis, Ubers, limousines, buses, and ambulances, and we’re looking at mass displacement of working-class jobs that could dwarf the post-Nafta (North American Free Trade Agreement) loss of manufacturing jobs. Universal basic income, anyone?