Talent Garden to expand in the Republic after raising €44m 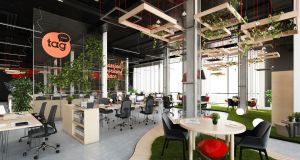 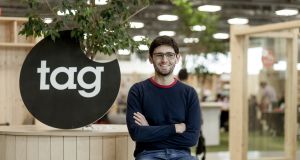 Chief executive and co-founder Davide Dattoli: ‘We were not expecting to see such strong growth in Ireland so early. It has been faster than in many other countries we operate in.’

Talent Garden, which opened a huge co-working and digital innovation campus in Dublin late last year, plans to open in two further locations in the Republic after raising €44 million from investors.

One of Europe’s largest co-working companies, Talent Garden is actively scouting new locations here as it seeks to capitalise on the early success of its Glasnevin-based campus, which opened in partnership with Dublin City University (DCU) in October.

Founded in Brescia, Italy, in 2011, Talent Garden is home to more than 3,500 tech professionals across 23 campuses in eight countries.

The company is embarking on an ambitious growth programme on the back of the new funding and intends to almost double the number of campuses it operates over the next five years.

According to Talent Garden’s chief executive and co-founder Davide Dattoli, who was recently included in the prestigious Forbes “30 under 30” list, the company intends to open 20 new campuses across the Republic, Italy, Spain, France, Austria and the Nordic region. The organisation is also eyeing potential opportunities in Germany, Israel, Benelux and in central and eastern Europe.

The expansion comes as Talent Garden prepares to open its first campus outside of Europe next year, in San Francisco.

Mr Dattoli said the company had been overwhelmed by the early success of the Dublin campus.

“We have already secured more than 250 members in Dublin since opening less than six months ago and now the plan is to open two new campuses in Ireland over the next three years,” he said.

Mr Dattoli said the company was still evaluating exact locations for the new hubs but added that Cork was obviously among the cities being considered.

“We were not expecting to see such strong growth in Ireland so early. It has been faster than in many other countries we operate in. I think this is partly because the technology sector is very active in Dublin but also because we have an exceptionally strong team in Ireland,” said Mr Dattoli.

Talent Garden is operating in an increasingly crowded marketplace with the likes of WeWork and Irish co-founded Huckletree among other active co-working space providers. Locally, the company also faces competition from the Joe McGinley-led Iconic Offices group and Dogpatch Labs.

While co-working facilities are expected to account for about 30 per cent of total corporate work space by 2030, Talent Garden is seeking to differentiate itself in part through the innovation schools.